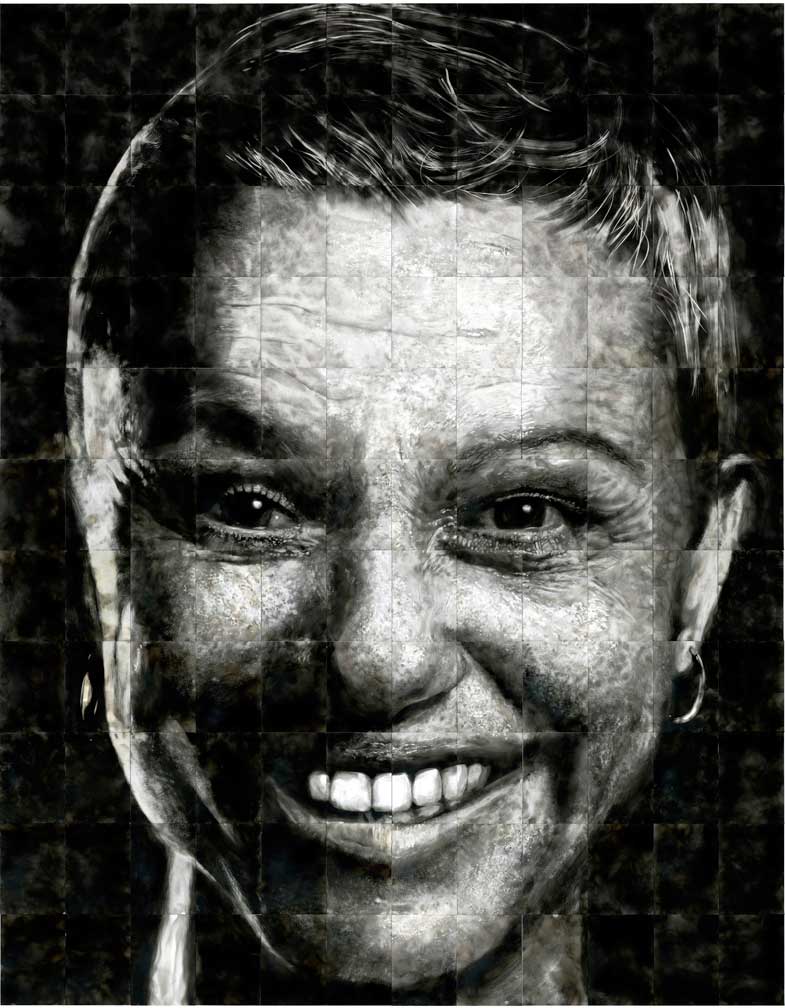 For the past 10 years, I have developed and perfected a unique technique that allows me to use the flame of a candle as a pencil to create my paintings with trails of soot. Using various tools, I intuitively sculpt the plumes of soot left behind on paper in response to the shapes that appear or I create portraits by a process of removing the soot to bring light and life to faces.

Danielle 3 is a portrait of my love. Last year, at 48, she was diagnosed with breast cancer. We felt the fear, the shock and the panic but we chose a spiritual healing path with an immense gratitude for our love and our life. With the unfailing support of family and friends, Danielle courageously went through a long and trying process to fight the cancer: chemotherapy, mastectomy, radiation. Nine months later, she is reborn a warrior. She now bears a scar that marks the passage of cancer in our lives and her victory over the darkness of the disease. She went from deep shadows to emerge into light.

When she lost her hair during her chemotherapy, I collected it and fashioned different brushes with which I scratched the light into her face, her eyes, for this portrait. It is a process of illumination that mirrors her healing. It is my healing…

(If more information is required on my painting technique with the soot, a demonstration is available in a short documentary on my work at: www.spazuk.com)