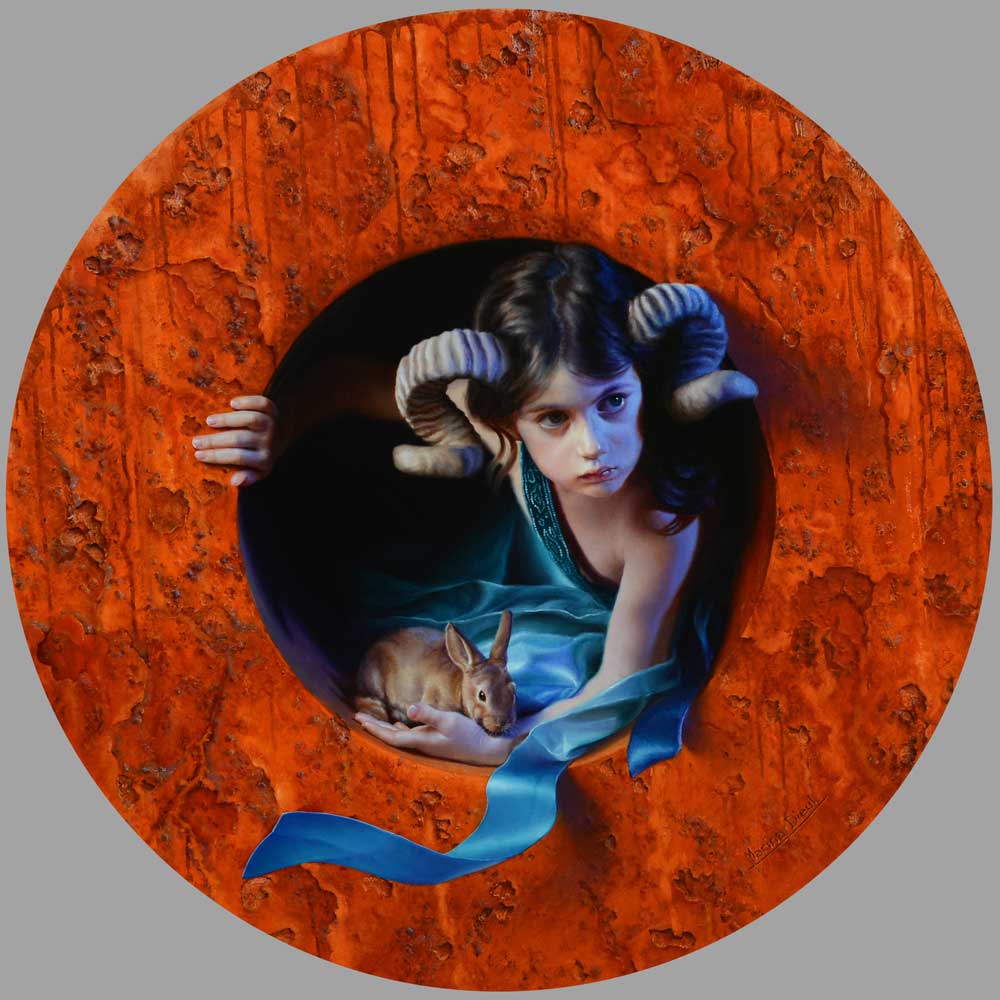 The subject of my portrait is my younger daughter Maïlis, however I used her more like an allegory of the new generation of future women.  The inspiration comes from a tondo by Jean-Léon Gérôme named “Bacchante” (1853). This painting representing a woman with horns, graceful and strong at the same time, haunted me for a while.  I painted two previous versions, but wanted to push further my idea.

The relationship between human and animal also interests me a lot, and I wanted to include several dichotomies: nature and culture, past and present, orange and blue…

Marina Dieul was born in France. She showed great interest in painting and drawing from an early age, and her family encouraged her vocation. In early 2000, she moved to Montreal, Canada, where she now lives. She has since studied with Tim Stotz and Michelle Tully, former students of Ted Seth Jacobs. Her work has received numerous awards and honors. Marina Dieul was chosen as the People’s Choice Award Winner in Calgary, Alberta.