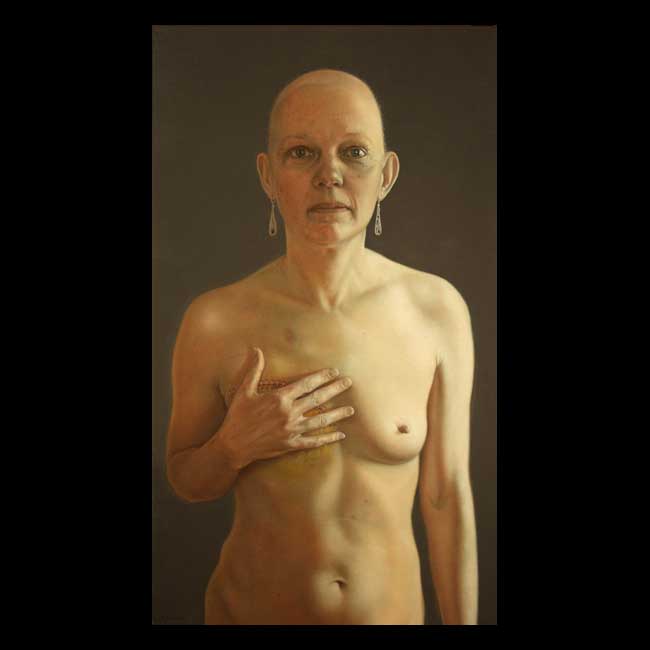 The painting Wonder Woman began as an intense emotional response to my partner’s breast cancer diagnosis and her courageous voyage to find healing. I witnessed first-hand the many setbacks of the psychological and physical challenges that people in her position were being subjected to. Through all of it, however, my life deepened in profundity. In the portrait, I tried to capture the meaningful spirit of quiet strength, yet acknowledging the helplessness cancer brings. Wonder Woman is about humanity’s fragility and vulnerability, about life and the power to endure and overcome. It is about our questions of who we are, where we are going and how to uncover a way to achieve our dreams, no matter what obstacles fall onto our paths. Wonder Woman is my ultimate hero.
BORN: Toronto, 1956