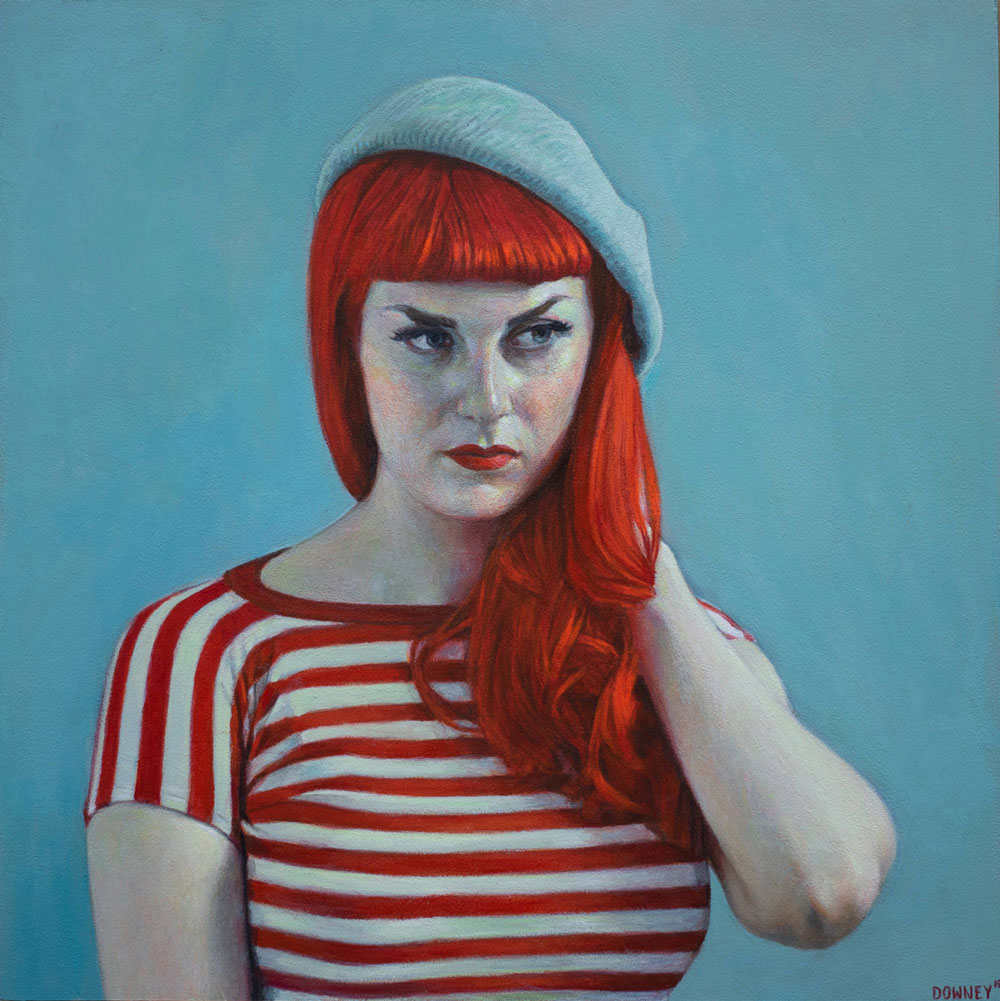 Sarah is an accomplished make up artist and fellow painter. I’ve always admired her dedication to her pursuits, and to the constant effort required to maintain a vintage aesthetic in her appearance. In this portrait I’ve tried to represent the sensitivity of her talents, balanced with the strength and determination she’s utilized to succeed in her creative life.

Born in 1978, Shaun spend his childhood in Oshawa, Ontario, before eventually studying Classical drawing and painting at the Academy of Realist Art in Toronto, and Illustration at Sheridan College in Oakville. He first exhibited his paintings in 2003 at the Toronto Outdoor Art Exhibition, and has since maintained a successful career, exhibiting his paintings in Canada and abroad.

In 2010, Shaun’s painting “Blue Coco” was accepted into the BP Portrait Award, and international portrait competition exhibited at the National Portrait Gallery in London England. The painting was also chosen as the lead advertising image, appearing on subway posters, catalogues, and a massive banner hung on the front of the National Portrait Gallery. Following a highly praised group exhibition in 2011 at the Robert Mclaughlin Gallery, Shaun’s painting “On the Stairs” was purchased for the gallery’s permanent collection in 2013.