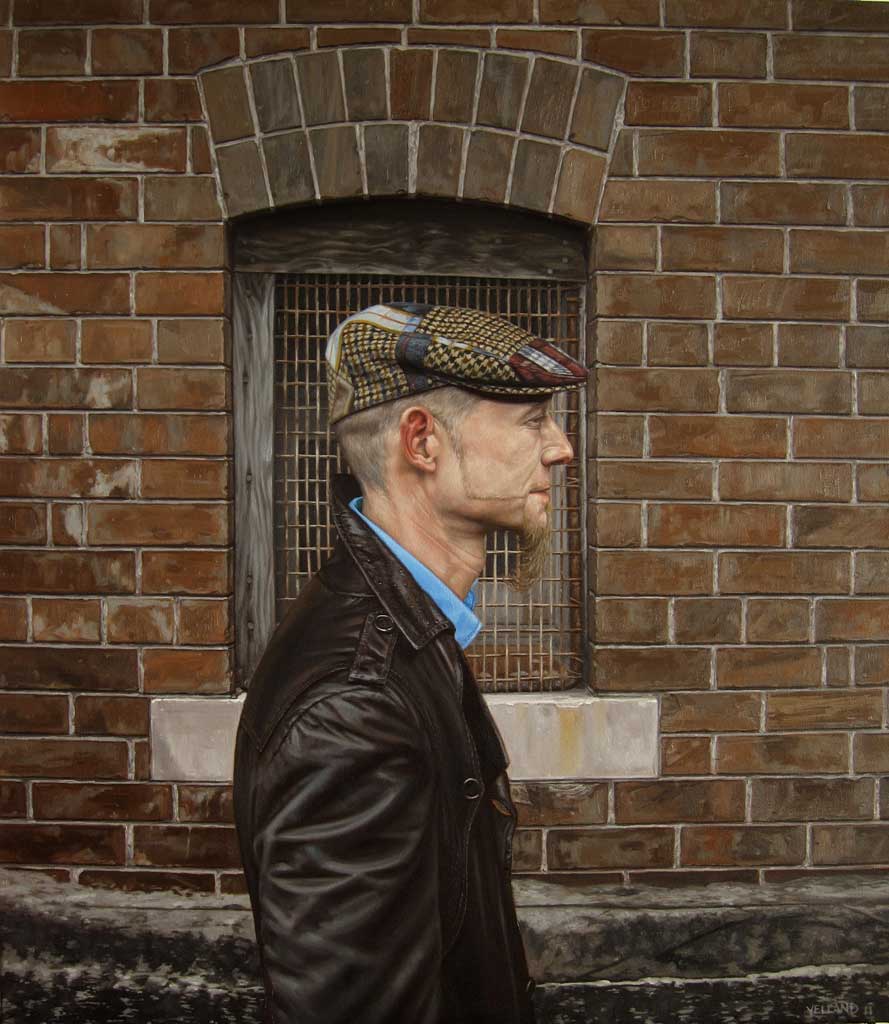 This portrait is of my friend Florian. The first time I met him I knew I wanted to paint him. He has great style and character and is a gentleman in the truest sense. As we were walking down an alley one day I spotted this caged window and had him pose in front of it. I liked the way the pattern in the bricks, the cage and his hat all echoed each other and made for an interesting composition. I have always enjoyed frames within frames and it works in this piece to concentrate the viewers gaze to the subjects face. There is a quietness to this painting that reflects Florian’s own personality yet, the hard materials surrounding him add a sense of world weariness and strength, which are also attributes I have learned about him over the two years I have known him.