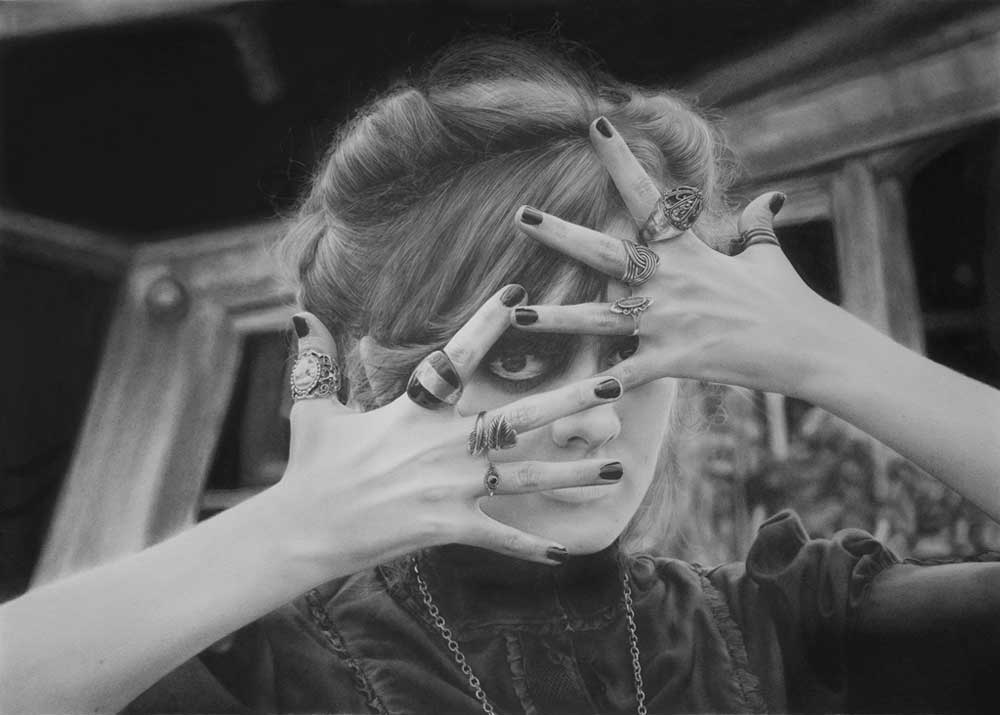 Everyone loves a good story.  Stories captivate our hearts and minds from the very earliest stages of our life and development.  One thing that has always fascinated me about our stories is how multi-functional they truly are.  People tell tales to teach a lesson, to record a history, to try and explain something beyond our understanding or simply for amusement.  Some of my best and earliest memories are of being taught and entertained through stories and this is a theme that has firmly set itself into every body of work that I create.

The characters and sordid tales of ancient Greece have held my attention captive since I was a young girl. When I decided to dress my younger sister Brianna as Hecate, the goddess of witchcraft and magic, I knew only that she had to be spellbinding to the viewer. Finding a dilapidated house in Port Franks, Ontario helped to set the backdrop for an already ominous narrative. Many of the photographs taken as my reference material were planned as paintings, but when the image for “What a Lovely Way to Burn” was taken two things came to mind. The first was that it would need to be in black and white, and the second was that it needed to be a larger piece.
Long before my viewers can escape to the worlds I create… I need to go there first.  Our world is a very interesting and wonderfully strange place. I want to transport my viewers through my art and allow them to escape to somewhere new and exciting.