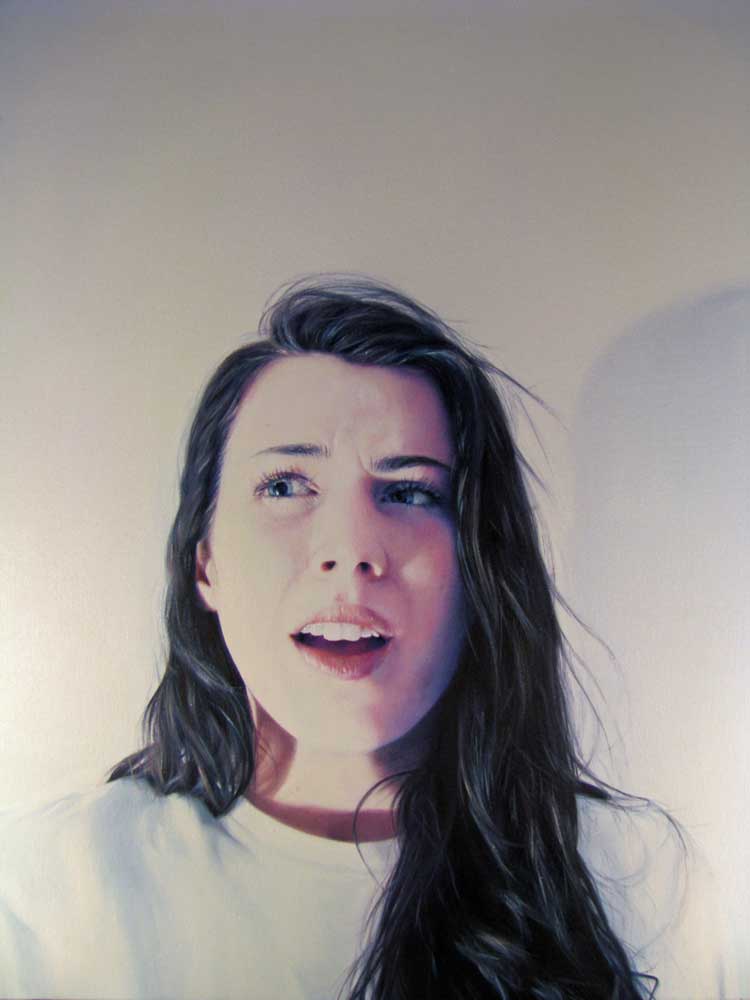 Consistently, my work deals with the complex relationship between painting and photography; the juxtaposition of the manual and the mechanical, and the present and past moment. Say Sneeze is a series of painted portraits exploring ambiguous facial expressions. While each expression may communicate a different emotion to each viewer, they are not evidence of emotion at all, but a bodily function which all beings are subject to. The abrupt act of a sneeze has been captured by the flash of a camera, highlighting extreme contours of the faces by heightening contrast. By translating pixels into brushstrokes – from the screen to the canvas – the recorded moment oscillates between instantaneous and infinite. The paintings stand static in perpetual anticipation of a climax never to arrive.