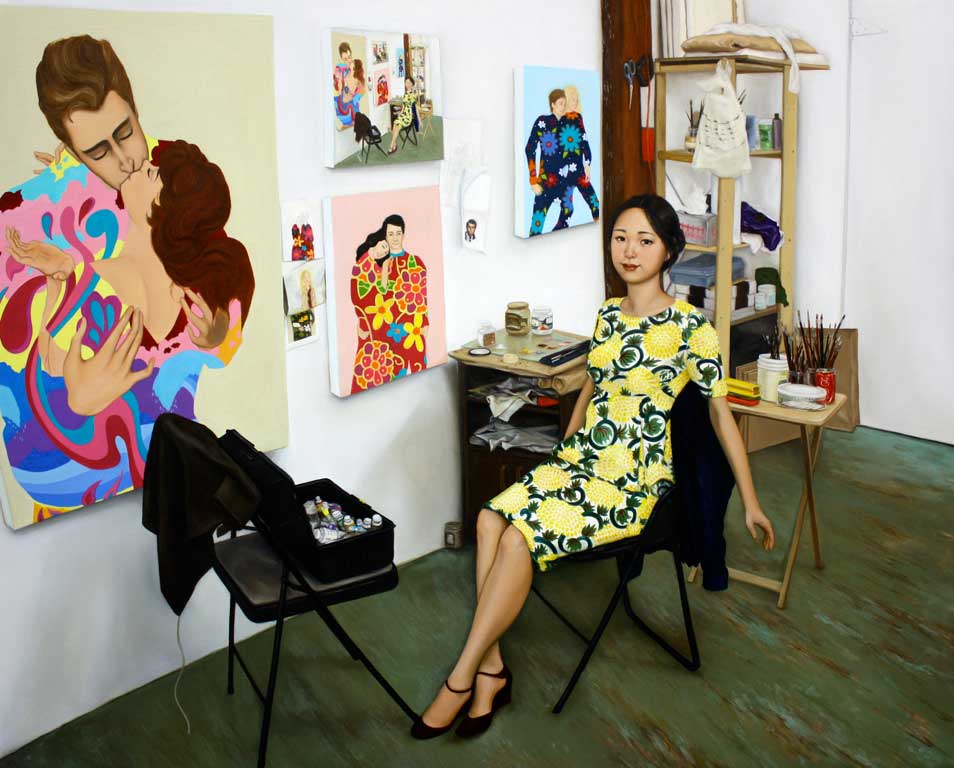 This self-portrait was created as the conclusion of a year’s work on paintings for a significant milestone in my career, my first solo exhibition, The Way We Were. Borrowing from musical terminology, the title shows that this portrait serves as a coda to the specific body of work, which is also represented in the painting. This painting combines my larger work with my continued interest in miniature portraits. The image is steeped in art history, alluding to many artists’ self-portraits in their workspaces, and contemporary art references, weaving together the past and the present. The work is tied to my ongoing examination of memory and the freedom taken in the re-presentation of histories, both personal and shared, as this painting, while photographic in some aspects, cannot exist as true documentation because the self-portrait also appears on the wall of the studio, creating a loop where the painting exists within the painting itself.

SOLO EXHIBITIONS:
2009 The Way We Were – The Pendulum Gallery, Vancouver, BC, Canada