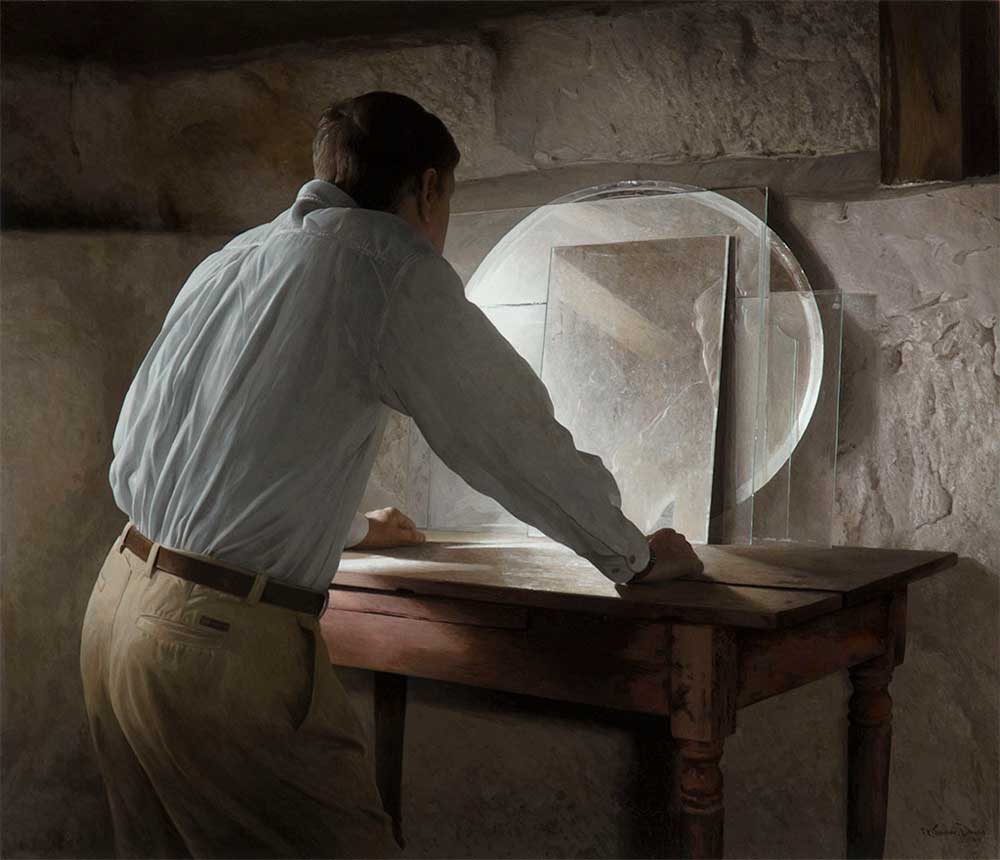 The minimal but dramatic light, the muted colors, and the aged surfaces found in the basement of my one hundred plus year old home, have attracted and inspired me through a number of paintings.  This, the last of the series, is a portrait of myself looking at my reflection, barely seen, in a stack of old mirrors and panes of glass. Beauty in the mundane is a theme of many of my works.  I use the clarity of a well structured painting to give a felling of importance, rightness, to the often mundane objects I paint.  Through precision of detail and, more importantly, relationship of values, I create a tangible, almost tactile look to the objects in my work.  At their best, my works give the viewer a very real sense of contemplating reality itself. In my work my desire is to capture the essence of things caught in a quiet moment.  When time slows objects speak to me.  I am more interested in what things tell me than in the stories I might tell.  I see myself as a translator, more than a story teller.