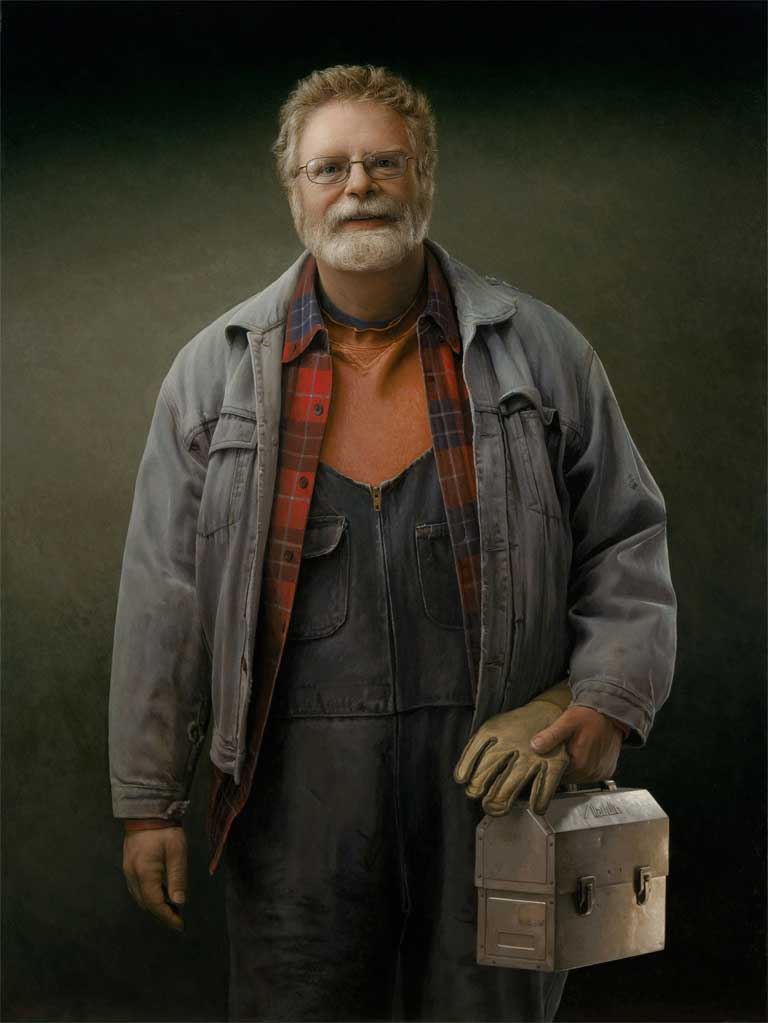 This is a portrait of a friend, Nigel Field, a Parks Department employee for the city of Halifax, Nova Scotia. It shows him as he is dressed for work, complete with work gloves and lunch pail (with Aladdin embossed on it, the source of the painting’s title). The Painting is essentially realist in intent, with no attempt to gloss. The crooked stance, slight smile and inquisitive look is typically Nigel. An underlying element, however, might be implied from the painting, the dignity of work and the nobility of the working man.

Born in the U. S. in 1947, my wife and I immigrated to Canada in 1968 and have lived here since, first in Vancouver, B. C. from 1968 to 1982, then in Nova Scotia from 1982 to the present. I’ve been a practicing artist for over 35 years, starting my career in Vancouver in the mid 1970s but showing my work largely in the U. S. from 1984 to 2009. In 2010 I brought my work back to Canada and now show at Odon Wagner Gallery in Toronto, where I will have a solo show in November of this year. I attended art school briefly at the Pennsylvania Academy of Fine Arts in Philadelphia, 1965 to 1966, but I am essentially self-taught. I work in the demanding but rewarding technique of oil over tempera emulsion.