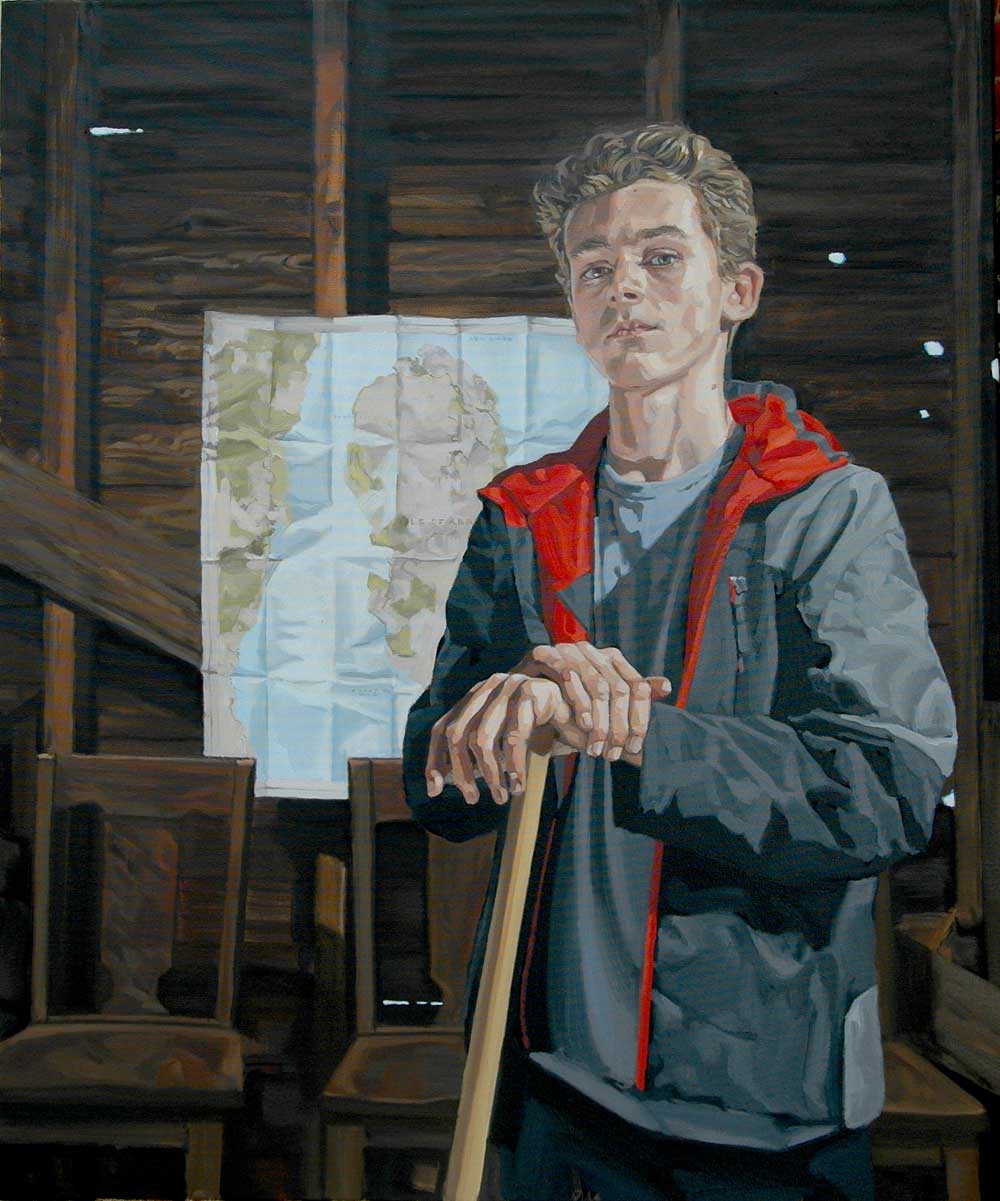 I had been thinking a lot about identity when I created this portrait. In particular, how we gain confidence and independence in our early teens. And how we are no longer dependent on parents for everything. My son has reached the age where he is making decisions for himself and really blossoming into his own person – though (typically for the age) not always terribly expressive about his point of view. I tried to capture that quiet confidence in this portrait and asked him to pose with the empty chairs and the map (of the Isle of Arran, after which he was named) positioned in the background. I see the piece as a contemplation on finding one’s own unique identity, knowing where one has come from in the face of making choices about where one is going.

Peter Adams was born in Glasgow, Scotland, and has lived most of his life in Toronto. Adams has a degree in Film Studies from Queen’s University but now directs all his creative energy toward painting. Since moving to a farm near Creemore Ontario in 1998, he has spent many years exploring the surrounding landscape — and the ever-changing human relationship with landscape.