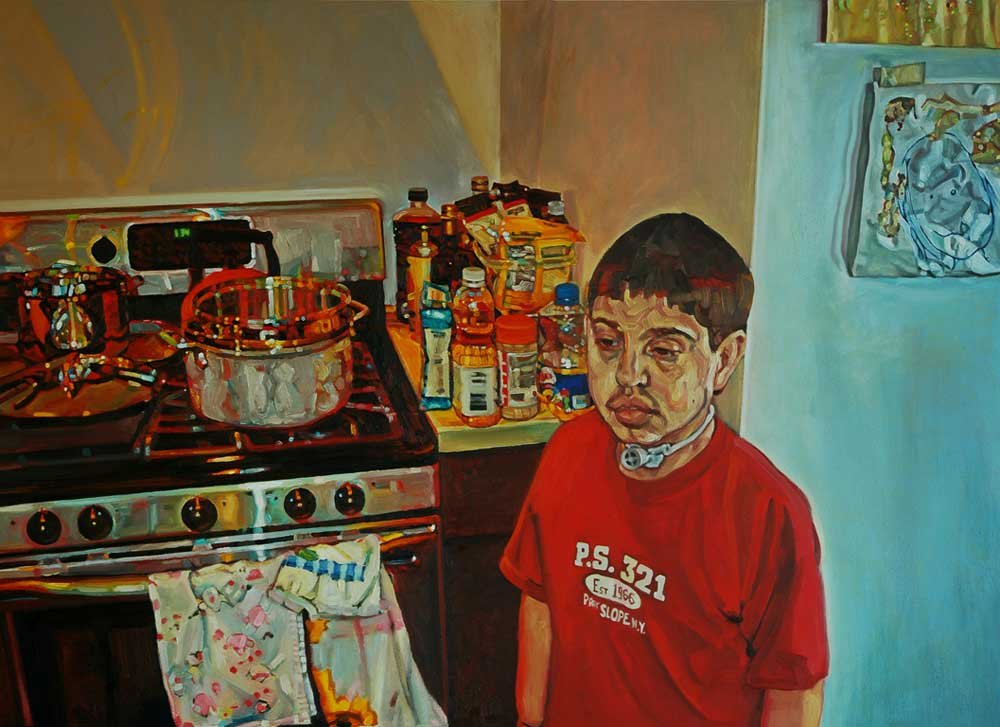 I can only imagine how difficult breathing must have been in the dust-filled air caused by the collapse of the Twin Towers. For Noah, a four and a half year old boy who had struggled to breathe his whole lifetime, surviving 9/11, along with his mom, Melody Belkin, and younger sister Ava, was nothing short of miraculous.

As Jim Dyer outlined in an article published in the New York Times in December 2001, “the day Noah was born, he underwent five hours of surgery. His esophagus did not connect to his stomach. He had a nonfunctioning kidney. His stomach leaked into his abdomen. He had holes in his heart.” Noah’s first day was indicative of the next four years of his life, during which time he had gone through 13 surgical procedures, including a tracheotomy to help him breathe. In the same article, Jim Dyer described that on September 11th, 2001, “As they ran down the streets, Ms. Belkin worried over Noah’s tracheotomy. Already, she had suctioned it clean while they were stalled in the tunnel, using the portable vacuum that she takes everywhere.” Melody Belkin still has the piece of cloth a man ripped from his shirt for her to use as a filter for Noah’s tracheotomy, complete with Ralph Lauren logo on it.

Noah believes that surviving 9/11 has resulted in making him braver. What has struck me about Noah is the courage with which he faces his physical challenges. He has not simply survived the strains that his serious medical ailments have caused him; but has done so as a determined, thoughtful young man whose joy and zest for life is undeniable. He takes everything in stride, and always finds the beauty in the day. Witnessing him at the Pumpkin Patch every October over the previous five years has left its impression on me. His limited lung capacity never deters him from getting into the haystacks with the other kids, often gasping for air, but insisting on living a child’s life to its fullest. Now fourteen years old, Noah continues to live his life with passion, and continues to be greatly inspiring.