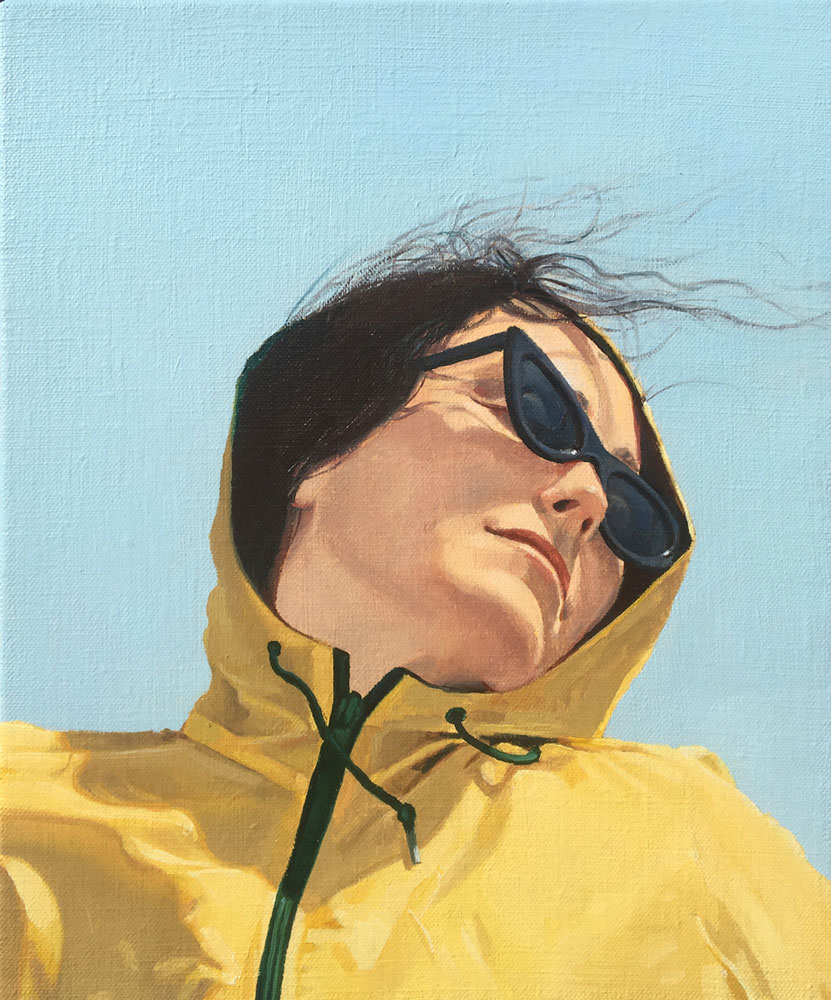 Nicholas Bierk (b. 1985 Peterborough Ontario), studied painting at the Rhode Island School of Design. Bierk lives and works in Toronto and has exhibited work in Canada and the United States. He is the son of Canadian painter David Bierk and brother to Jeff, Alex and Charles, also artists.

On the Ferry is a portrait of my partner, Canadian artist Darby Milbrath, whom I have returned to as a subject throughout our time spent together as a couple. The painting depicts her bathed in sunlight on a long awaited journey home, caught in a moment when the spiritual and sensual dissolve into a singular sense of euphoria. In speaking of Bernini’s Ecstasy of St. Teresa, art historian Irvin Lanvin said, “The transverberation becomes a point of contact between earth and heaven, between matter and spirit.”

Portraiture has been the constant in my painting practice. It was presented to me early in life by my late father, David Bierk, through his own work and through the artists he loved and admired. Additionally, he instilled in me a strong desire to let the studio be a place to play, to explore and to fail. In doing so, my work is varied in terms of its subject matter and execution, while remaining connected by a dotted line that leads back to him.