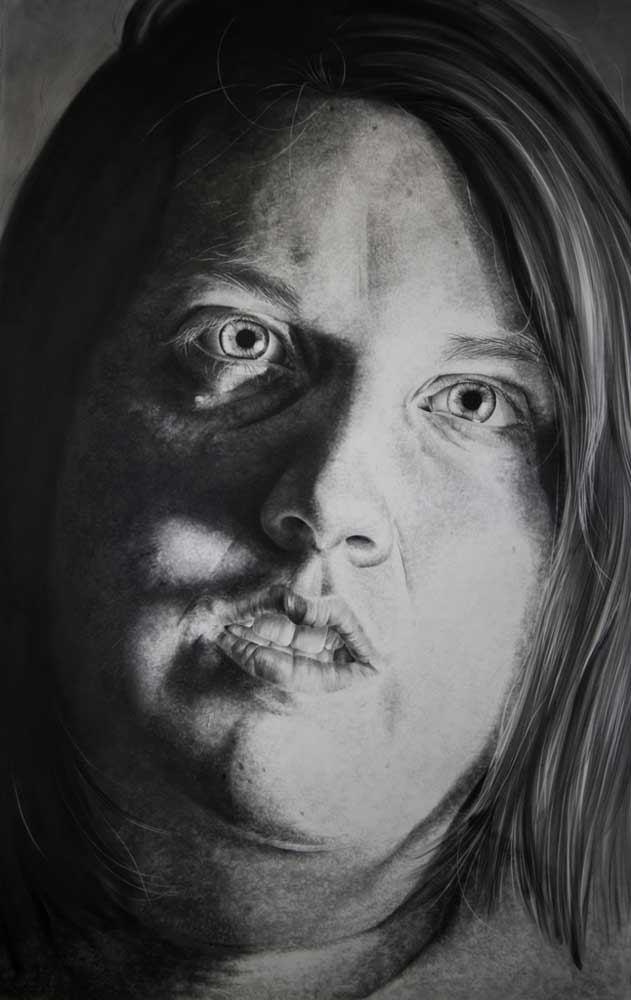 Human interaction has always fascinated me; the way in which people relate with each other and themselves can be understood and experienced in many diverse ways.  The series, After All, We All Have Secrets is a combination of a list of exposed secrets, and with no direct link to them, portraits of the sitters expressing their emotions/reactions to their listed secret. The resulting work displays the delicate dance between the artist, sitter and viewer.  By anonymously submitting confidences to the artist and later posing for a portrait depicting their secret, the piece, Jessica, strikes an interesting note between the public and private sphere of secrecy. By creating an open dialogue, the pieces blur the lines between the public and private: the private thoughts of the viewer are displayed publicly, and the viewers’ private associations are projected onto publicly displayed work. My work aims to provide the sitter and viewer an opportunity for self-reflection, whether it is to ponder someone else’s contemplations or their own. It reveals, confronts and acquaints these intricacies within the interactions and relationships exposed, and creates a conceptual space of safe reflection for those who experience it. It becomes a veiled breach of the private into the public and a connection without fact; after all, we all have secrets.

SOLO EXHIBITIONS:
2013 After All, We All Have Secrets, Graven Feather Gallery, Toronto, ON
2010 Michelle MacKinnon, Music Market and Gallery, Napanee, ON