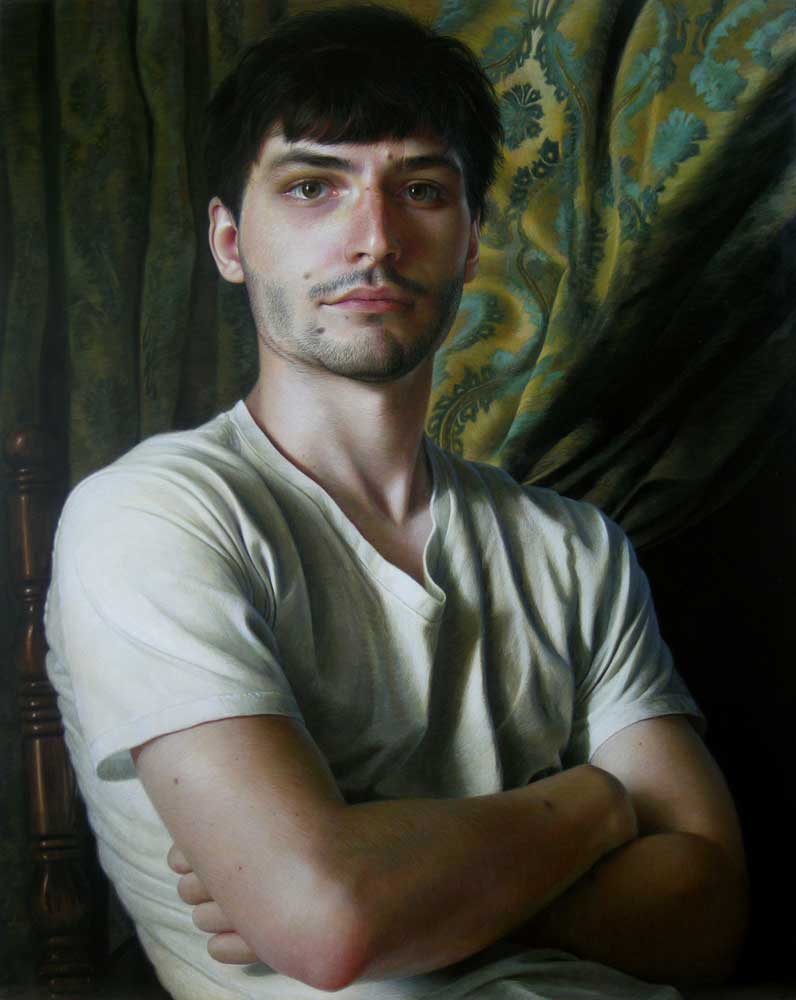 My intention was to create a contemporary portrait of my son, executed in a traditional manner. I had him pose in front of a silk damask drape, which was hung in front of a black cloth. I wanted the white T-shirt to be the only clue that this is a contemporary painting. Because egg tempera is a time-consuming medium, and because my son no longer lives with me, after the initial sitting we had several Skype video conversations during the painting so that I could see him moving and make corrections. He was also able to give me feedback through Skype.

Leslie Watts is the illustrator of thirteen children’s books, three of which she wrote herself, including The Baabaasheep Quartet, which won the Canadian Library Association’s Amelia Frances Howard Gibbon Illustrator’s Award in 2006. She has twice won the Arthur Ellis Award for best Canadian short crime fiction.

In 2004 Leslie moved to Stratford, Ontario. In 2007 she gave up illustration in order to paint full time. Her portraits in egg tempera have been accepted three times in the BP Portrait Award Exhibition at the National Portrait Gallery in London, UK, and she has been the subject of a short documentary, Following Heart: The Artist, by JacksGap.