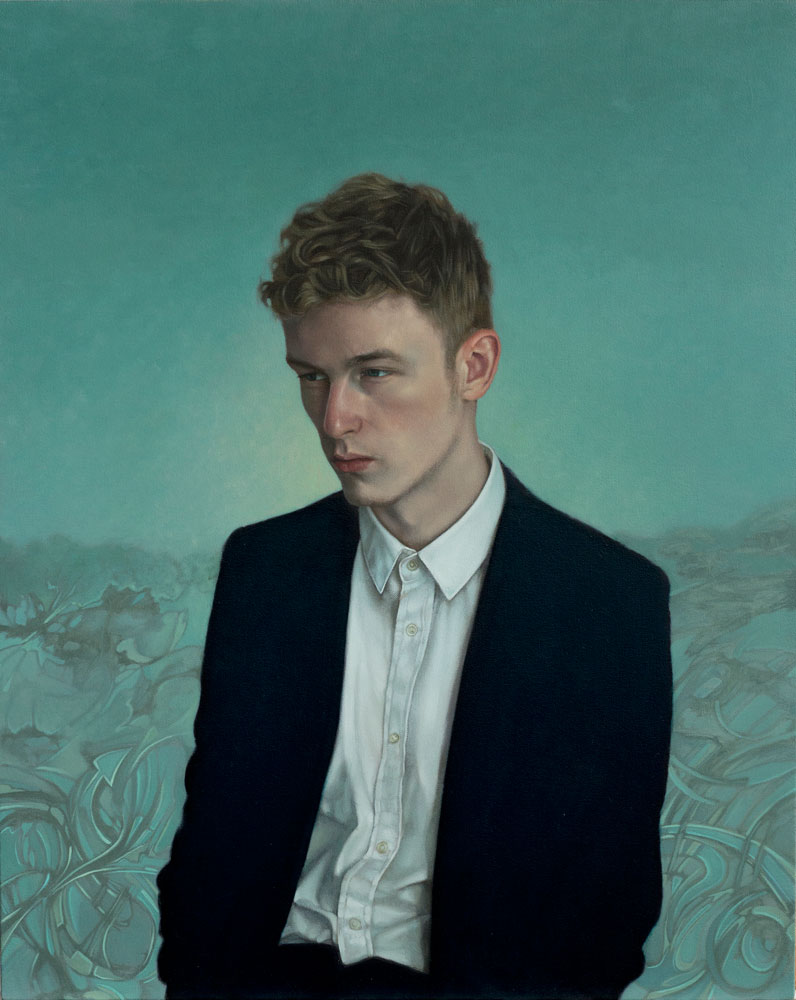 Much of what I do is about finding a sense of belonging. It’s about seeing the same surroundings transform from one day to the next as one’s own perspective shifts. The familiar can become strange and distant, but never lacking a sense of hopefulness.

Kyle Stewart was raised in a farm house near St. Thomas, Ontario by artist parents. He attended Lakehead University in Thunder Bay. Growing up in rural settings created an instinctive bond with outdoor life. After many years living and working in the city of Toronto, encounters with nature began to feel somewhat foreign. His ongoing series of oil paintings depict his difficult relationship with nature as seen from an urban perspective. There are organic elements and hints of landscape, but they are often distorted or artificial in appearance; influenced by the experiences of the city. Kyle’s work is often categorized as part of the New Contemporary art scene. His paintings are sold both locally and internationally with a focus on the areas in and around New York and Los Angeles.