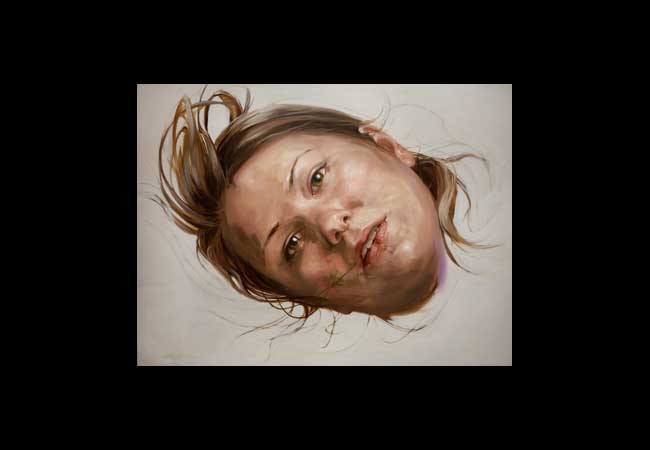 I’m interested in the subtle tension that exists within the relationship between context and subject. In White Noise, the subject is presented in a gesture that is not falling nor floating on a white plane. The disembodied head hovers in a state that is uncertain, its gaze is intimate yet diffused. The white ground, seen as an extension of the gallery’s wall, into infinite space, invites the viewer to imagine a new space, within which being in relationship with the giant head is possible. The subject is rendered to a point where it concurrently suggests reality and fabrication. As such, it is positioned at the intersection of perception and imagination.