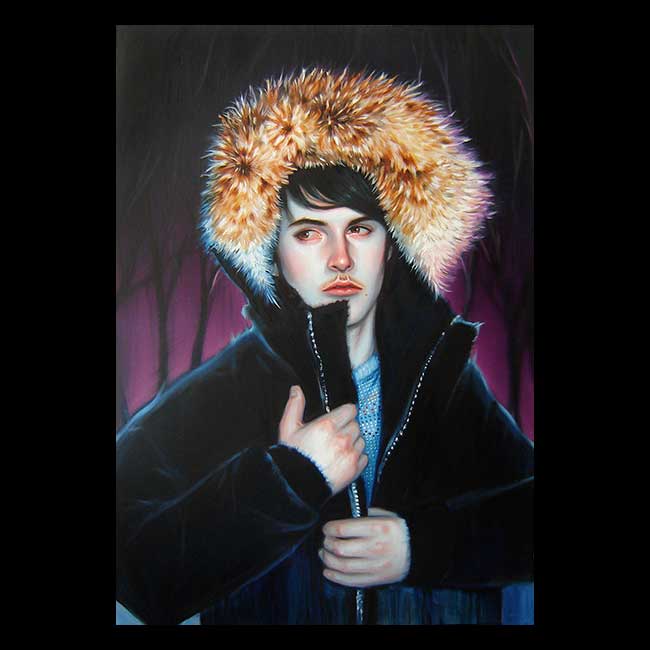 My practice involves the creation of imaginary and biographical character-based narratives that attempt to find a balance between the dichotomies of pretty and menace, myth and reality. At once attractive as they are disturbing, the characters that I create are heavily influenced by grunge, vampires, zombies, fur trappers, forests, and a sincere love for winter.

Depicting the intimate, but nonetheless foreboding nocturnal rural landscape as a background for my narratives, these often tense portraits of secretive and burned-out youths are sugared with bits of Canadiana, representative of my upbringing.