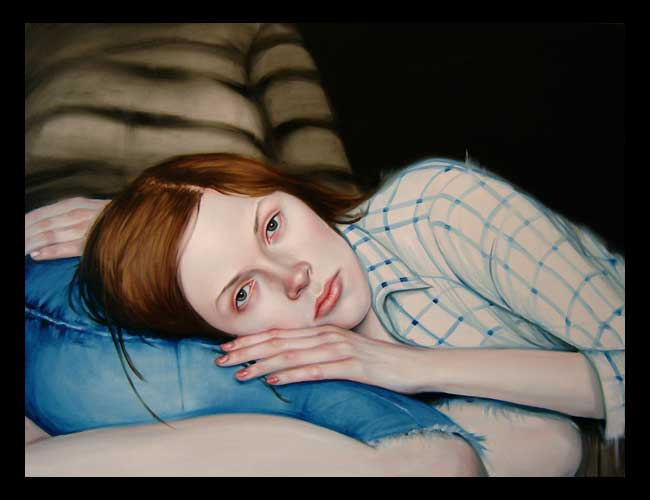 “Within my professional practice as a visual artist, I have concentrated on the creation of thematic series of figurative works with narratives that explore various expressions of duality and test the boundaries of identity. The visual compositions I create examine notions of performance inherit in all constructions of identity, whether sexual or asexual.

My project’s themes have often dealt with the notion of hiding and fronting. The portraits I paint are often a balancing act of concealing identities and desperately wanting to let it go.

My work involves the creation of invented and biographical character-based narratives that attempt to find an awkward balance between pretty and menace – an often sad but spirited personal dichotomy that has always appealed to me as a figurative artist and continues to influence my current artistic endeavors”.