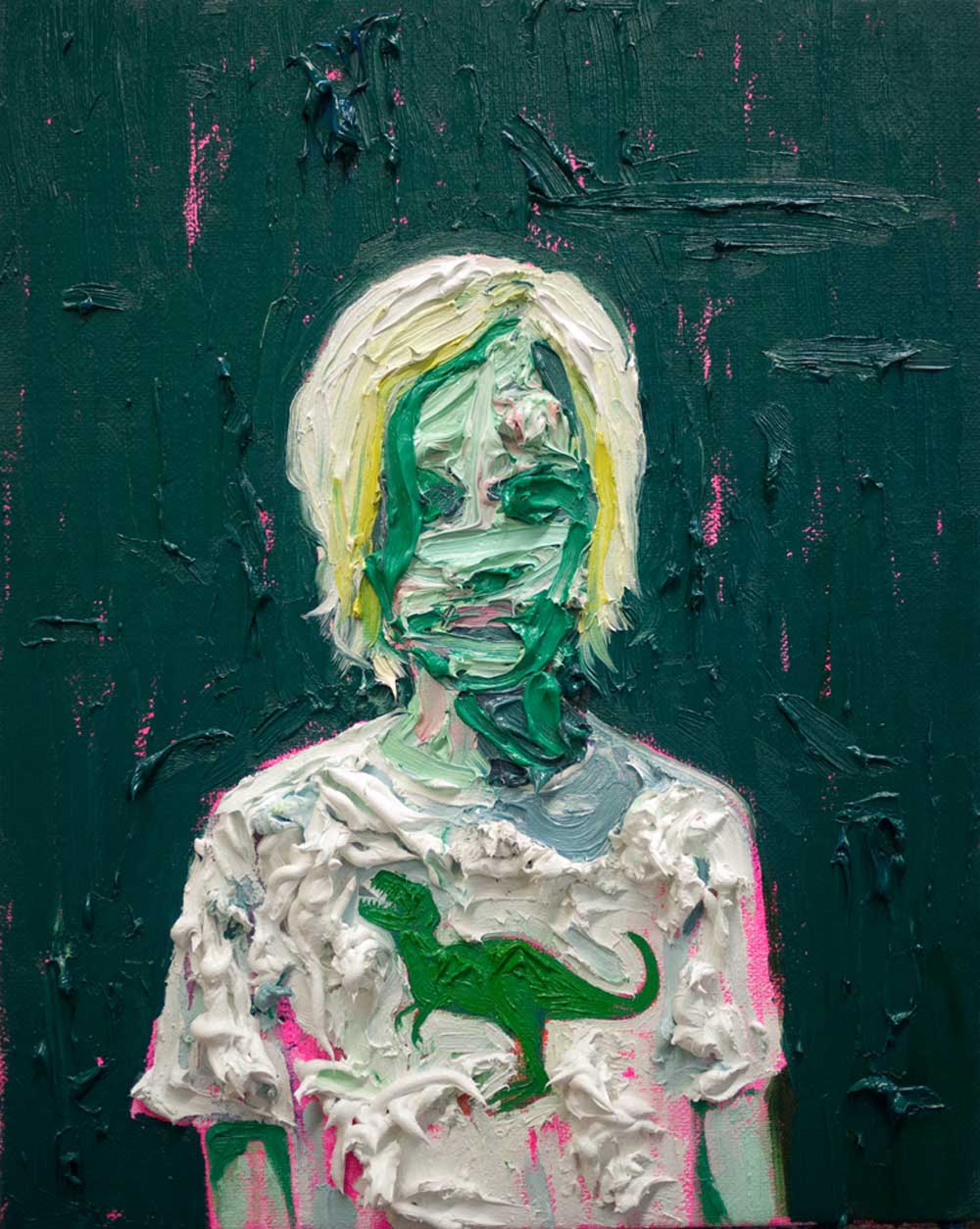 Portraiture forms a significant part of my practice. I have an ongoing (and obsessive) interest in the language of paint (in all of its forms and possible combinations) as a means for exploring meaning and psychology. For me a portrait is a psychological exploration. I am not interested in illustrating a person’s appearance so much as I am in using paint to express who a person is – their personality, their psychology. I don’t consider a portrait finished until it feels like the subject so I find I can paint (repeatedly) only the people closest to me: myself, my wife and, in this case, my 6-year-old son.