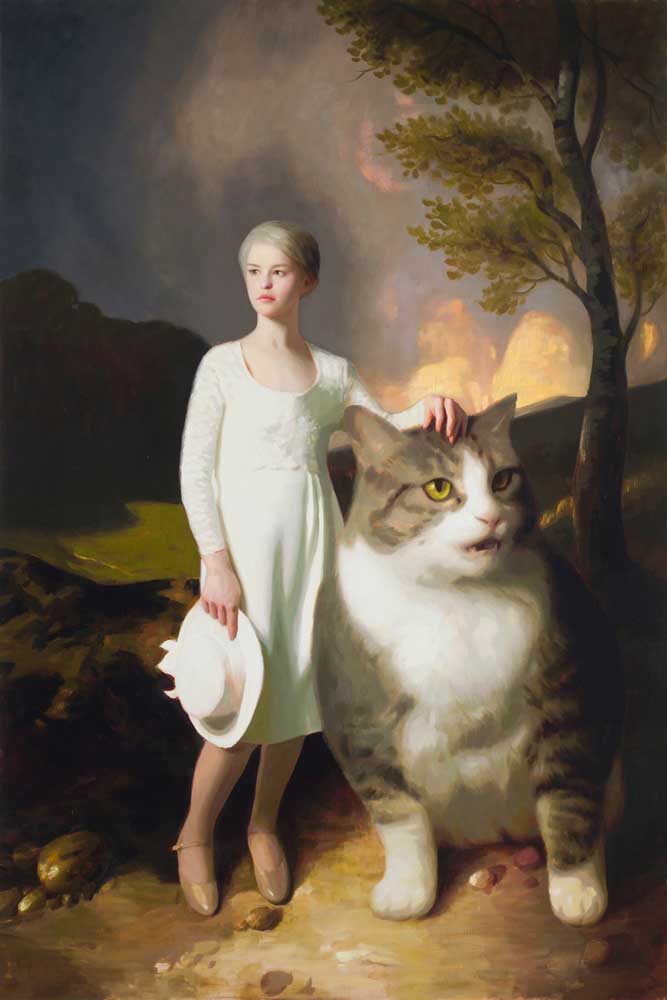 In my most recent solo exhibition, Strange Guild, several of my peers are depicted in a series of backdrops loosely based on historical paintings. The inspiration is a humorous take on 18th century English aristocratic portraits, with the subject being replaced with a young woman and an oversized house cat. The woman depicted in the painting is a painter, her preferred subject matter being cats. The body of work this painting derives from takes subjects out of their usual context, rather than being complacent in their surroundings. These subjects attempt to convey an air of rebellion, anti-conformity, and angst which is synonymous with contemporary youth culture.

Keita Morimoto is a painter working in Toronto. Morimoto was born and raised in Osaka, Japan, and immigrated to Canada in 2008 in order to pursue a post secondary education at OCAD University. Before and after graduating in 2012, his work has been exhibited in New York, Denver, Los Angeles, Tokyo, Indiana, Berlin, Portland, San Francisco, Miami, Montreal as well as Toronto. He has mounted four solo exhibitions including one at Museum of Contemporary Canadian Art. He’s also participated in charity auctions including Art with Heart to support HIV care and Artists Help Japan for tsunami relief.