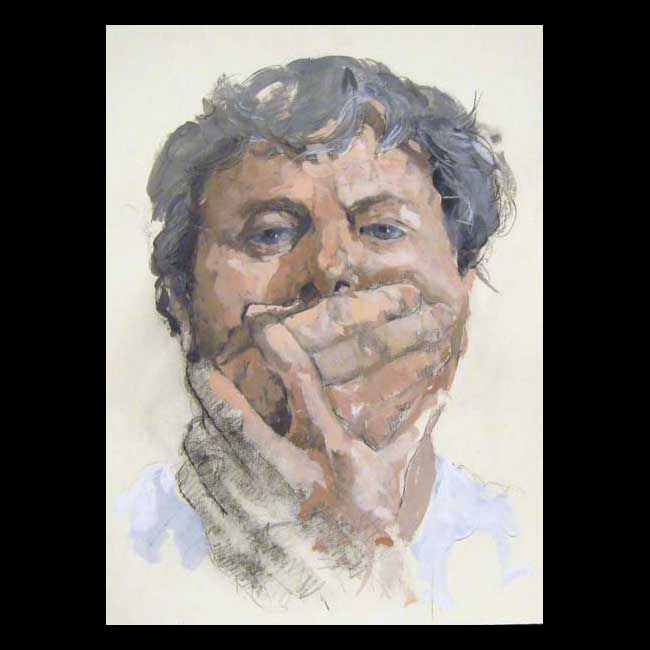 My initial impulse was to create a series of self-portraits. I have been looking in the mirror and saw the effects of both gravity and time in my face. I found myself gently adjusting the skin to remember a younger self, and became fascinated with those unconscious gestures.

I included my hands in the portraits stretching, squeezing, pulling and hiding various parts of my face. Distorting my features in a parody of the contemporary compulsion to surgically alter one’s appearance.

My hands in the images began to define the attitude of the portrait. The placement of the hands undermined the intent of the self-portrait by hiding the parts of the face that give expression to those emotions and characteristics. Concealing the mouth, covering the eyes, framing the face, plugging the ears are all gestures which alter physically how I see myself and how that self is presented to the public.