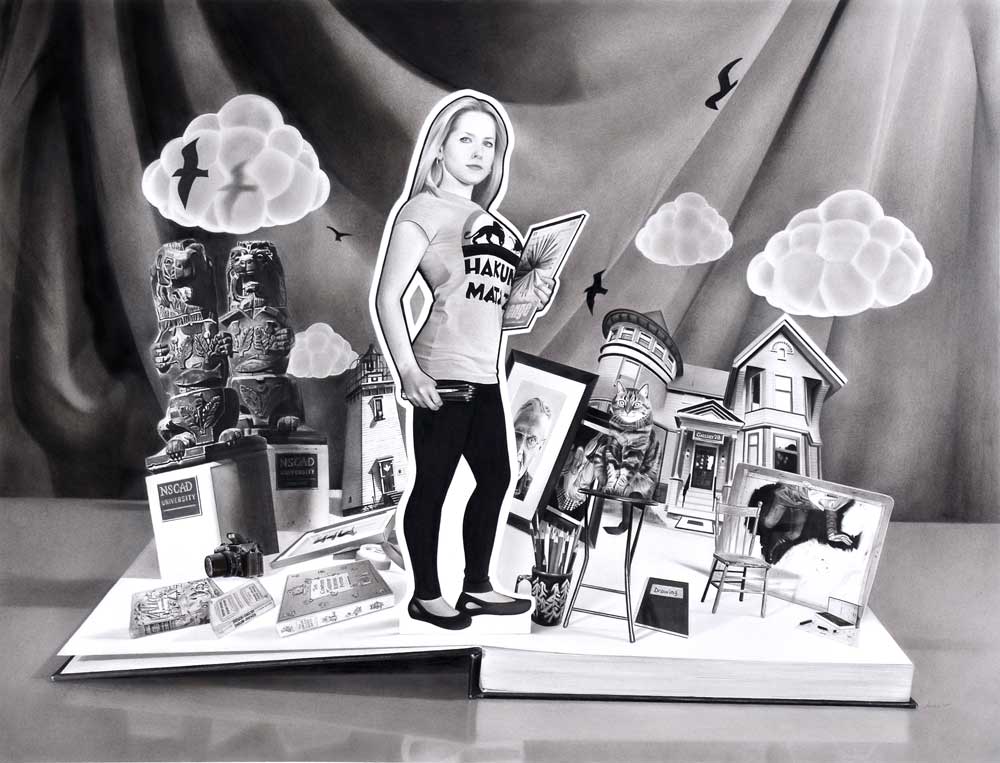 My two major starting points for this self-portrait were the book Alice in Wonderland and the stories of Beatrix Potter. Alice in Wonderland inspired the fantastical style of the portrait and since Beatrix Potter’s books were my very first influence as an artist at the age of 3, I decided to do a drawing that tells the story of my career by illustrating major influences and milestones. The story begins at the lighthouse, my hometown of Dalhousie, New Brunswick, and then moves to NSCAD University and finally Gallery 78, with a little studio in the forefront. I’ve drawn myself as the protagonist and my cat as my sidekick.

Jessie Babin was born in 1990 in Dalhousie, New Brunswick. She attended NSCAD University in 2008, graduating in 2012 with a Major in Fine Arts. In 2011, she was chosen to be part of the National Artists Program (NAP) for the Canada Winter Games. In 2012 she was selected as the winner for Nova Scotia for the BMO 1st Art! competition for her drawing The Fall. She also received the People’s Choice award for her entry Valmont in the 2013’s Kingston Prize. Her work has been shown in New Brunswick, Nova Scotia, Ontario and Alberta. Jessie currently lives and works in Dalhousie, New Brunswick.