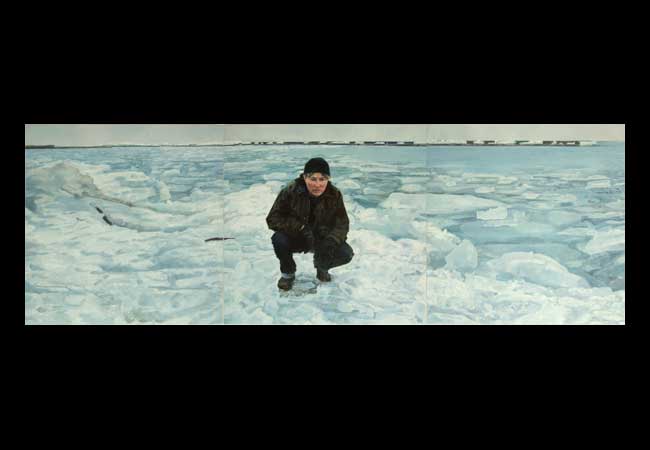 I live within several blocks of the Toronto waterfront on Lake Ontario. To get there I cross four railway tracks and twelve lanes of car traffic. A disintegrating concrete breakwater some distance out from the shore makes the actual lake seem inaccessible. The breakwater, however, ensures that the stretch of water between it and the shoreline is always maximally polluted. But during a cold enough winter the polluted water freezes between the breakwater and the shoreline, and for that moment it looks quite spectacular. I did this painting in March when the ice was breaking up and flowing. In the ten years since I moved to Toronto too many winters have not been cold enough to create this kind of landscape. I hope this self portrait speaks to my relationship with this place and time.