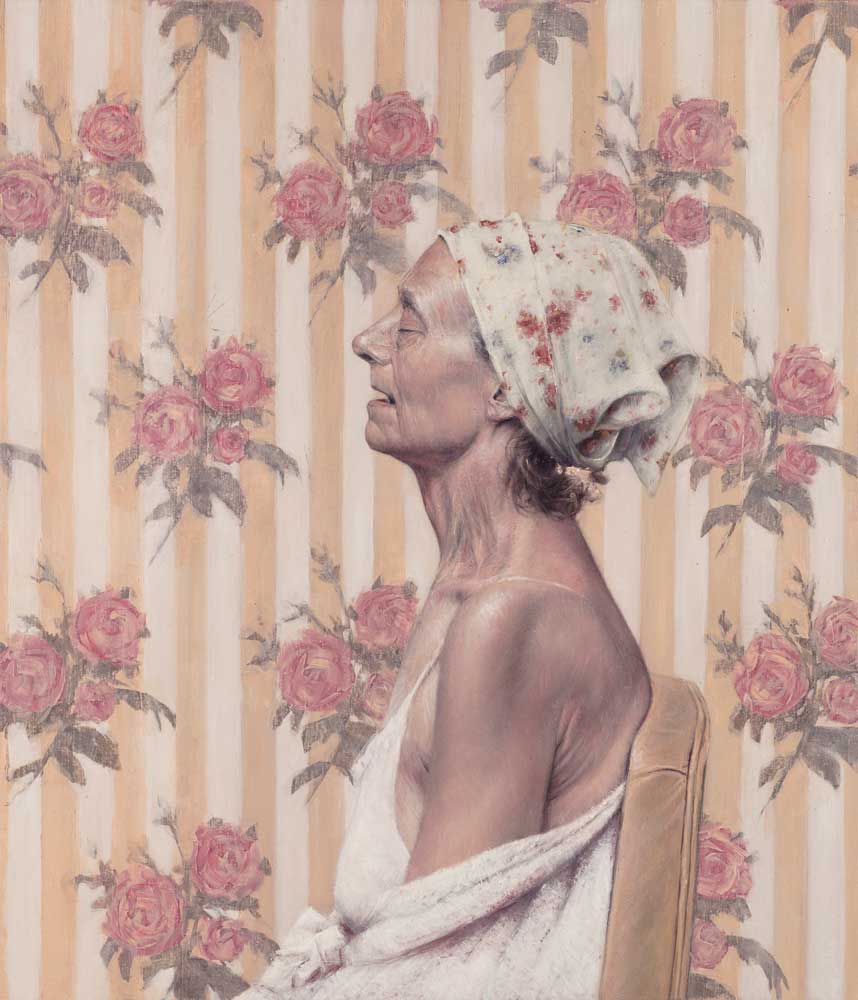 Senetchko’s subject matter, often featuring elements of his personal history, is derived from themes that reflect the parallels between different historical periods and contemporary life. The combination of his representational approach and historical subject matter expose an artist with a nostalgic and romantic temperament. Upon further consideration however, it becomes clear that Senetchko’s imagery is fraught with tension and unease as he reveals the distortion and fallacy of sentimentality and the inherent dangers of nostalgia. This picture is representative of his work.

Born in Edmonton, Alberta, Jay Senetchko now lives and works in Vancouver, British Columbia. Primarily self-taught, his painting has been strongly influenced by apprenticeships with both Gideon Flitt and Odd Nerdrum. Recent awards and events of interest include an honourable mention in the 2013 Kingston Portrait Competition, shortlist for the BP Portrait Competition (2011 & 2012), shortlist for the Kurt Beers 100 Painters of Tomorrow publication (2013), inclusion in the recently published The Nerdrum School (a collection of paintings by those who have apprenticed with the Norwegian painter Odd Nerdrum – 2013), and 1st place in the juried 2012 Painting on the Edge competition sponsored by the Canadian Federation of Artists.