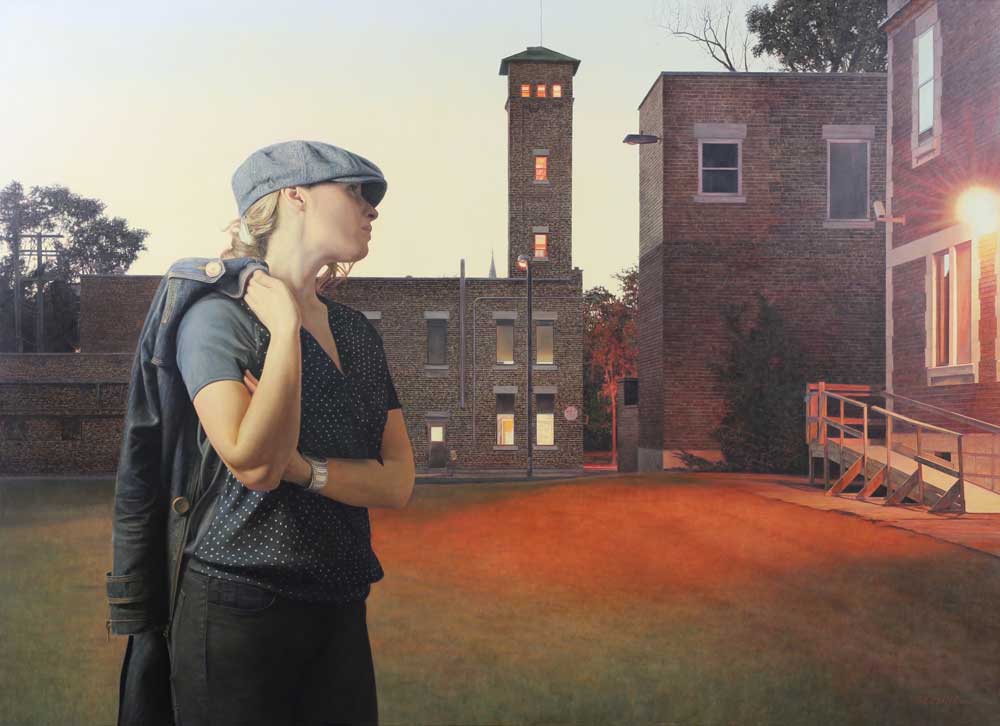 Twilight is settling in, and memories are haunting. In the warm evening light, imagining herself at the top of the enigmatic tower, Marie-Pier feels connected with the universe and contemplates the horizon of her life.

Jacques Léveillé was born and has his studio in Montreal. Working mostly with oils, his creativity is reminiscent of the Surrealist Movement. Many have compared it to that of Dutch Masters of the 17th century. Gérard Xuriguera, French historian, prominent author and famed art critic, uses the expression « Réalisme fantastique » to describe Léveillé’s work, for fail of finding a category for his unique art: « …while focused reality is faithfully rendered, an unusual element will subvert one’s gaze, leading it through forbidden path. Neutrality, imperative to Hyperrealism, is absent in Léveillé’s work. On the contrary, a strong emotional impulse underlies each and every composition. »

Elected in 2003, Léveillé is a member of the prestigious Royal Canadian Academy (RCA). Léveillé’s work was featured in international exhibitions, solo and group shows. His paintings can be seen in private and public collections. « Les Trois temps », an impressive polyptych of 13’x13,5’, is exhibited permanently in the impressive hall of the McGill Tower in Montreal.