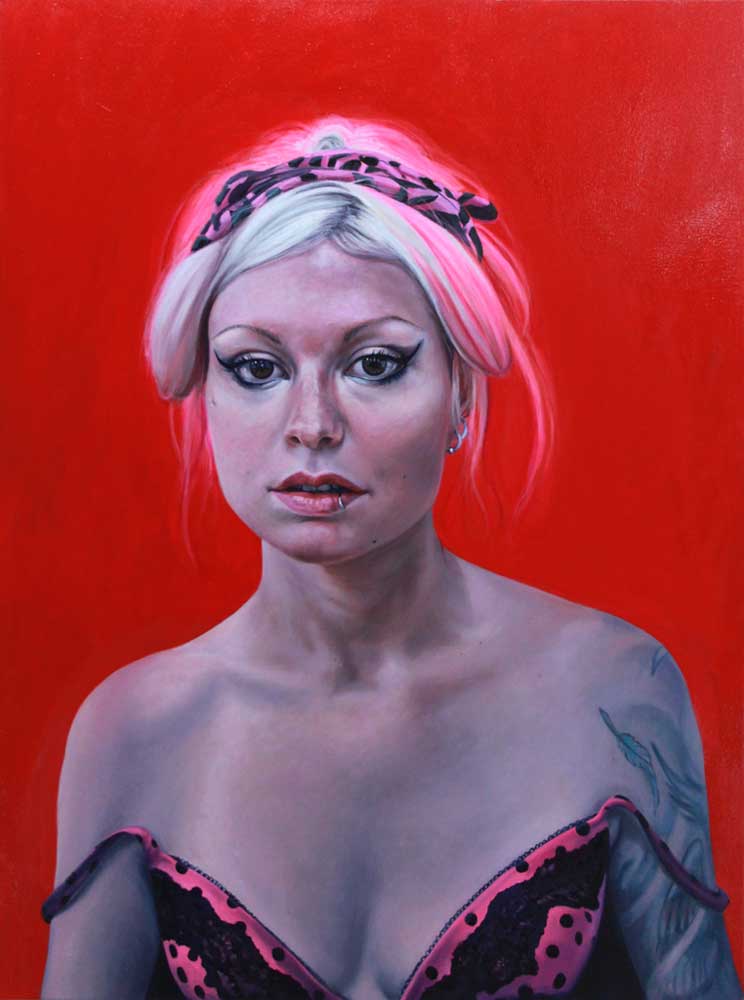 I met Lacey one year ago. I was and still am mesmerized by her strange beauty. That strangeness is of course relative. With bright neon pink hair, piercings, tattoos from head to toe and tough thug-like attire, she manages to pull-off a severe punk princess. She works retail in an art store that I manage in Westmount, here in Montreal. We quickly became friends and I wanted to give myself the challenge of painting her sweet and almost childlike preciousness, despite her decorated armor. I hoped to capture her vulnerability in a moments’ breath. I asked her to wear what she was most comfortable in and the painting began. Having had the opportunity to really get to know her, I aspired to sync the person I know well, with the exterior that others see.