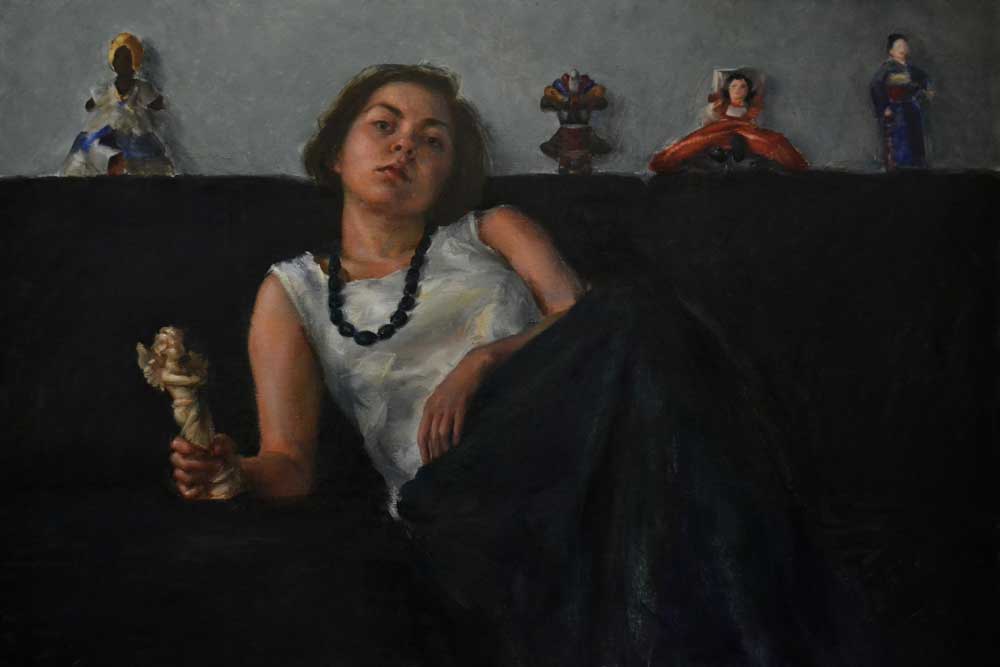 In this self-portrait I am in a relaxed position on a sofa, surrounded by traditional dolls and sculptures, and holding in my hand the marble sculpture of a winged putto. The sight of a white lady in a skirt, resting, serves mainly as a universal representation of wealth and vanity, but it is also diminutive to the woman. By the action of “playing with dolls”, I push the viewer into two uncomfortable imageries : first using the diminutive representation of a woman and her dolls, as well as a concept of mindless control. It is ultimately a reflexion on my own cultural identity, as a Canadian woman in 2017. It is a soft cry of mixed confusion and hope, in the light of contemporary political history.

Born in 1993, Helena began her art studies in Montreal at 13. She later attended figurative ateliers and academies in France, Italy, and the US. She is the recipient of various awards and honours in recognition of her traditional painting skills, her leadership in the creative industry and for feminist art. She has been awarded three grants from the Elizabeth Greenshields Foundation. Helena has worked as an independent curator during the Social and Economic World Forums in 2016.