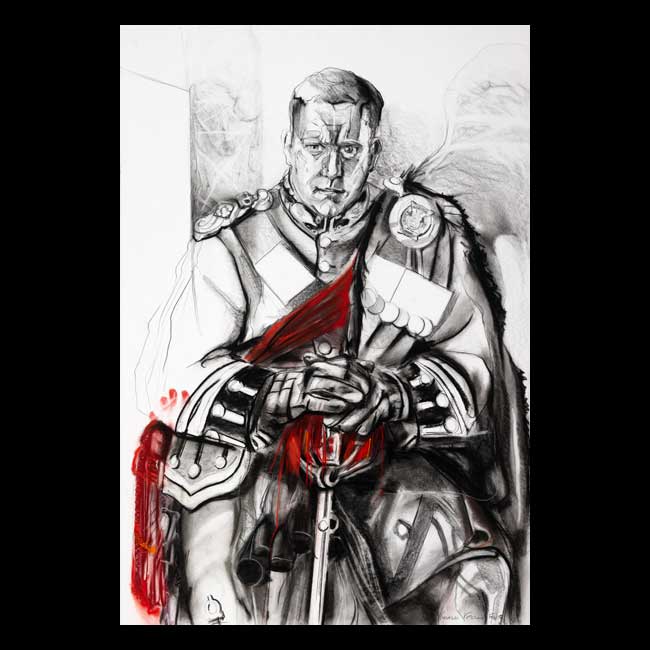 This portrait is of a Canadian Reserve Commanding Officer. It is about the personality and character makeup of this individual in a life inextricably entwined with defense agendas and militia responsibilities which for one include preparing his soldiers for Canadian Forces’ duties in Afghanistan. My intention was that the face alone could say it all as a small study about this modern warrior: about his feeling buried with concerns yet having the personal rigueur and discipline to lead and be forward thinking. The challenge was maintaining this sense of dominance yet isolation in the head study by expanding its mood and structure into elements of both his full dress uniform and background, to become extensions of his nature and preoccupations, with a sense of their being both within and outside of his control. The study utilizes elements of traditional portraiture, particularly in an implied formal military genre, but with a contemporary twist and an inherent expectation of more consistent resolutions, in accord with the times.