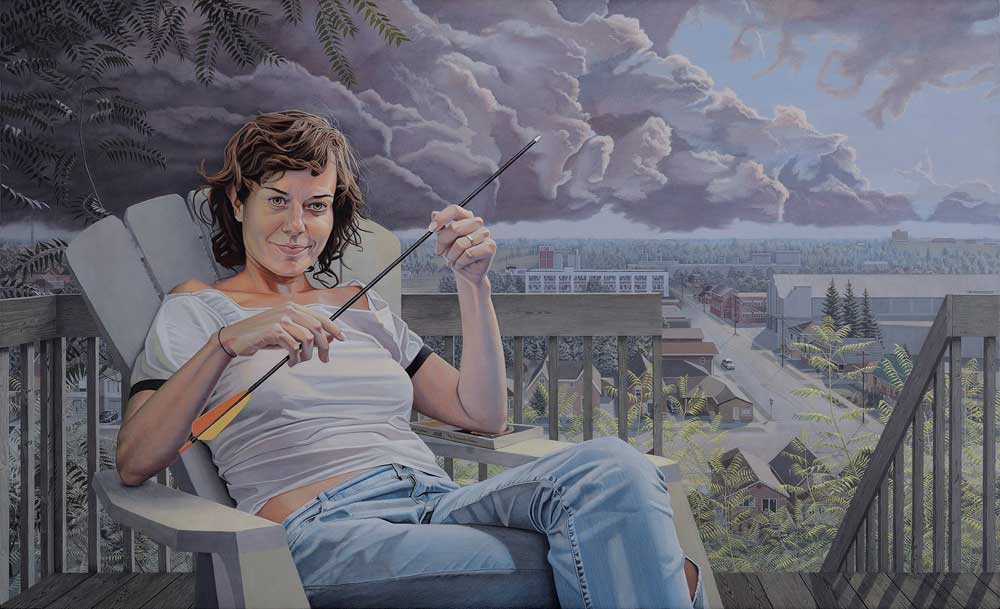 “Arrow” was initially started for the sake of an in-class demonstration, which went horribly. I had no plan, and was working largely in reverse: from foreground to background, and from cool to warm. The project got away from me in a hurry, and the question of what I could get away with was frequently debated. Never have I had to bend so much reality in order to bring an image into existence. Roughly one hundred photos were used, most serving as reference for the background, which depicts my hometown, Guelph. One Kaila Newby graciously served as my muse and I think I captured her humour and cleverness perfectly.

My work falls in the realm of Realism, but the emphasis on imagination is becoming more prioritized. I am most interested in works of art that either tell or are suggestive of a story. Also important is the suggestion of dreams, as they tell stories through (mostly) realistic imagery complete with settings and characters, human or otherwise. Our connection to Nature is also of importance, and exploring the juxtaposition between the “natural” and the human-made is endlessly engaging.