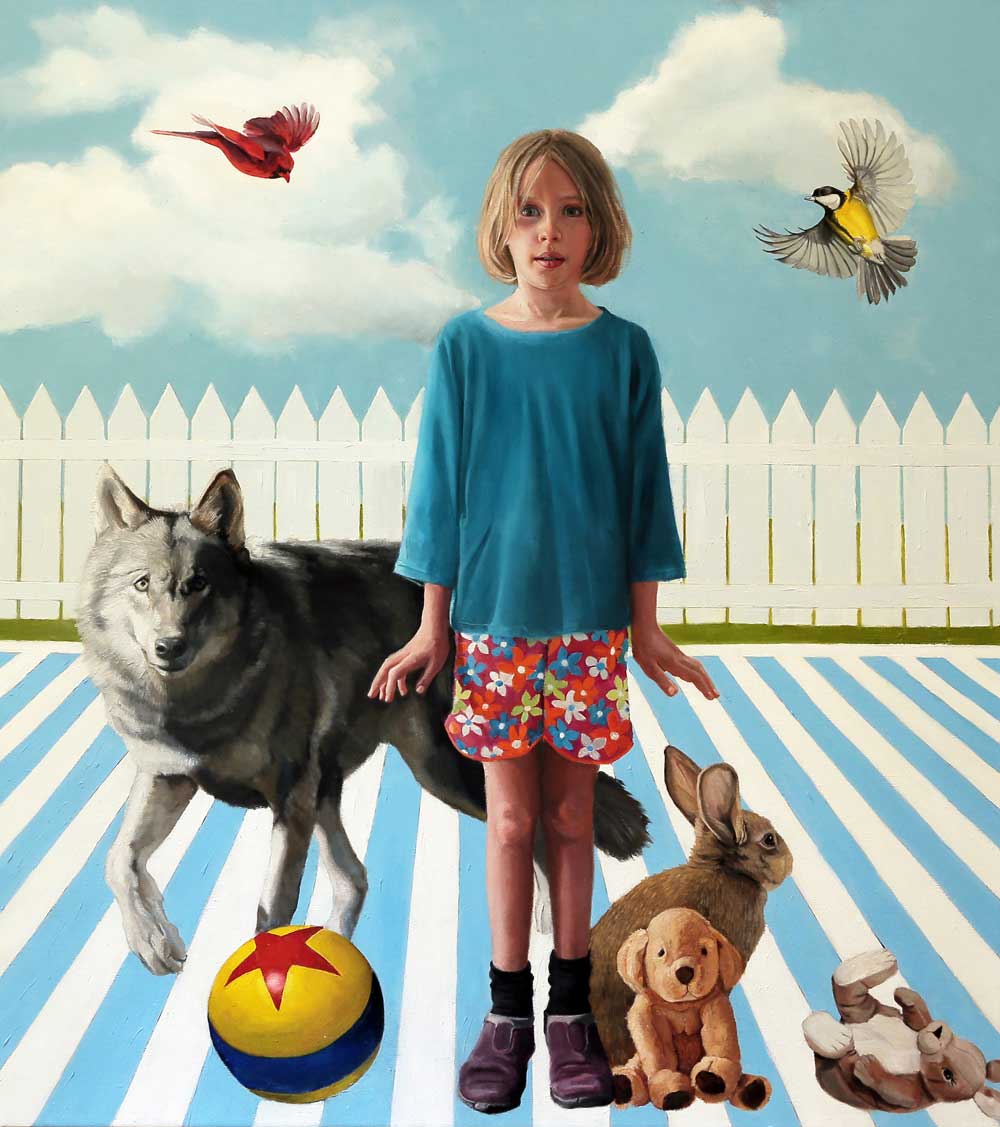 The painting, Claraland, seeks to render the psychological and emotional space of the subject, Clara. She is a girl who has a richly developed inner life, whose imagination is inhabited by animal friends and dreamlike, archetypal characters, in a world of innocence, play and creativity. Her world is bounded but not entirely safe. Positioned at the edge of the canvas confronting the viewer, Clara displays surprise and wariness, and a determination to protect her inner world from encroachment.

The details of her inner life are rendered in a subversive way; at first glance it seems realistic, but the details reveal themselves as unresolved, enigmatic. The ground on which she stands is a lawn of circus tent siding. The menacing wolf is juxtaposed against the harmless stuffed animals to her right. None of the foreground elements cast shadows, they seem to float on the scene accenting the unreality of the composition.

My most recent paintings have been influenced by collages I created in 2015. Like the collages, the paintings can be understood as augmented reality. The subjects are portrayed in an fantastical environment or juxtaposed with objects from another time or place.