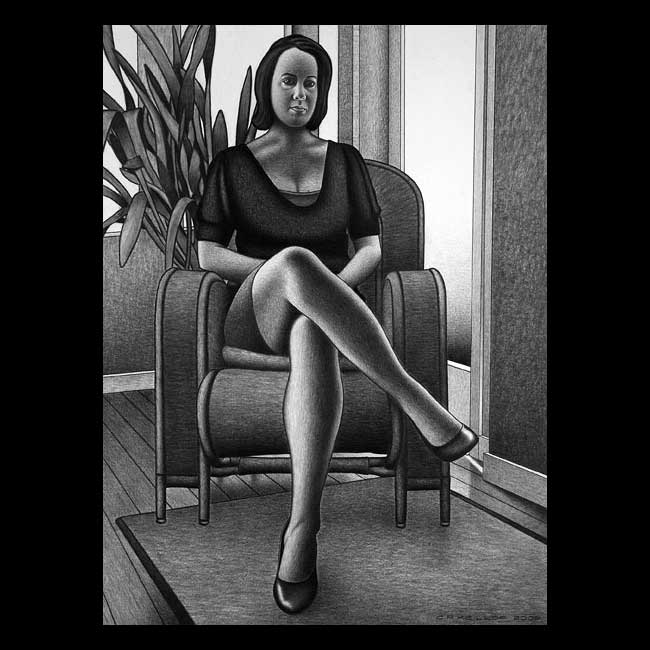 I was born and reside in the metropolitan Vancouver region. Both of my parents, Marial and Russell Keillor, were gifted painters who encouraged me to pursue my artistic abilities.

The technique I use is self-taught. In 1984, I initiated my ongoing exploration of various drawing methods, as applied to landscape and portraiture. Over the ensuing years, I have completed dozens of projects, including numerous client commissions. I am also an active member of the Canadian institute of Portrait Artists, and have participated in their national exhibition.

The strength of my work derives from precise draftsmanship, a direct sense of design, and the ability to capture both likeness and character within a portrait. I would say the quality of stillness often found in my drawings, and the dedication to a monochromatic medium, have been inspired in part by my affection for classic post-war Japanese cinema.

It is a rare privilege to enter Canada’s national portrait competition among such esteemed company, as evidenced by the 2005 and 2007 Kingston Galleries.

The submitted work of my cousin’s daughter Nicola was initially created in March and April of 2009 for a juried solo art show I am scheduled to mount this coming June in West Vancouver.

My subject and I take great pleasure in offering the portrait for your consideration.