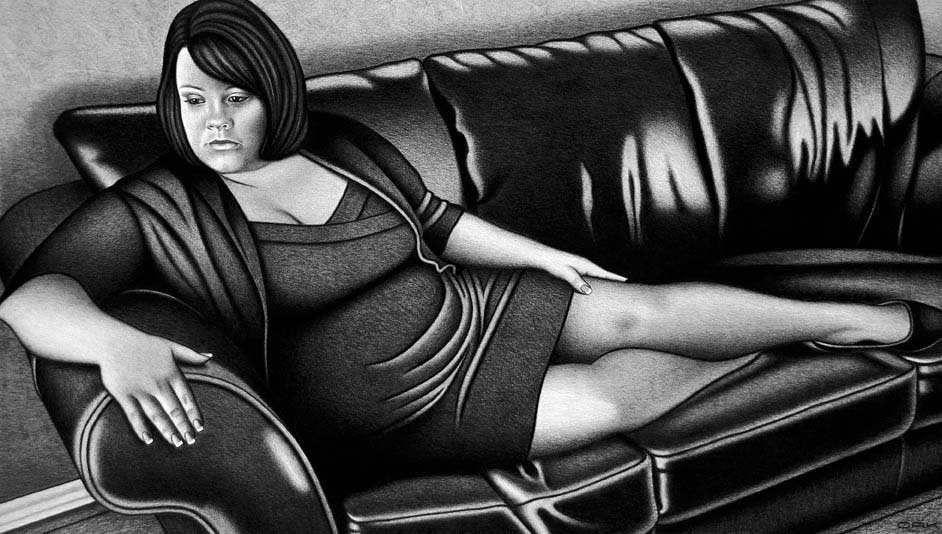 I was born and reside in the metropolitan Vancouver region. The early passion I acquired for drawing was inspired by my parents Marial and Russell Keillor – both gifted visual artists.

Figurative subjects are the focus of much of my art. Beyond precise draftsmanship and strong composition, capturing character and conveying mood are foremost among my creative concerns. The quality of stillness often found in my drawings, and the dedication to a monochromatic graphite medium, can be attributed in part by my affection for classic Japanese cinema.

The submitted work of my friend Heather Myles was created in the spring of 2011, and will be featured in a group exhibition this coming May at the Federation Gallery in Vancouver.

My subject and I take great pleasure in offering the portrait for your consideration.

Thank you for this opportunity.