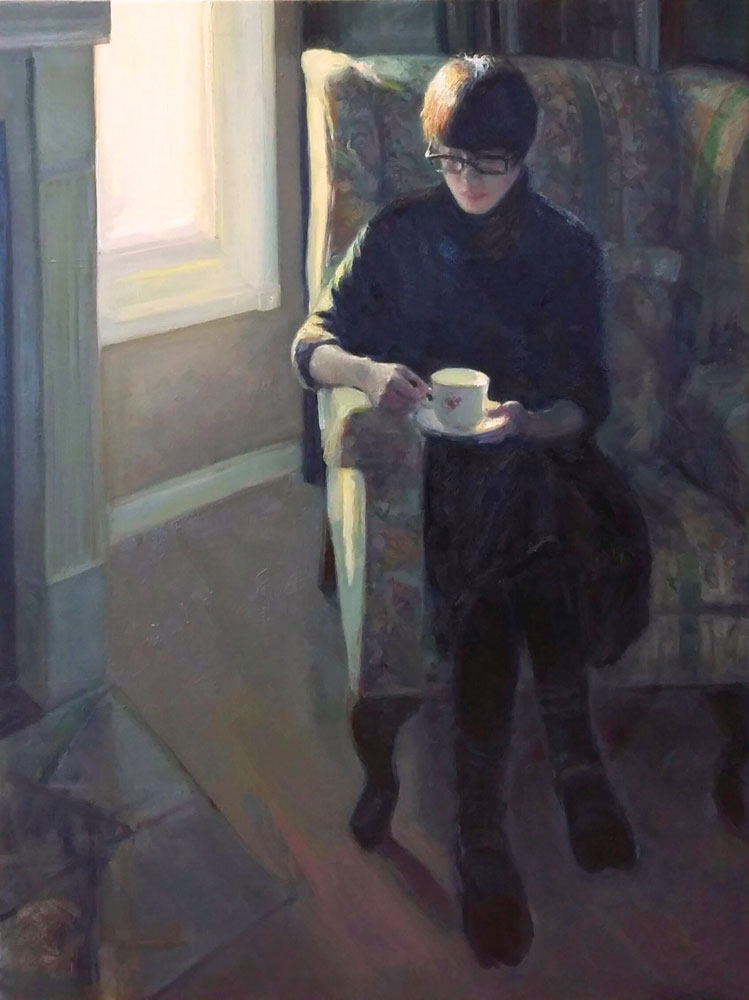 I was strongly inspired by the Courbet’s principal with his motto: “painter must only paint what is before his eyes”. The studio that I’ve enrolled in is called “Concrete Expression”, Concrete means painting by “what was seen”, or as Lucian Freud said “I could never put anything into a picture that wasn’t actually there in front of me, that would be a pointless lie.” Expression is to clarify reactions, feelings, thoughts, beliefs & connections with audience.

So what I learned over there was when facing the object, my main duty is to express precisely according to “what I see”, try to see the nature as it is, together with my understandings and experiences, I will focus on “how to paint” than “what to paint”, so it’s what to see and how to see the object in the first place.

I was born in Shanghai, China and immigrated to Canada in 1995. I learnt painting at the age of 4, with the focus on western master paintings and their creation. In recent years, my focus has been on ‘Concrete Expression’ – the combination of fundamental painting skills, personal touch and a contemporary approach. This portrait is my girlfriend “Ginson”, having an afternoon tea at a sunny afternoon. My intention is to truly express her ‘as it is’ together with my own inner feeling. The colors were simple and gentle, with rich and free brushstrokes, which represent the moment in which I painted.

Facing the object, it’s my intention to truly express it ‘as it is’ together with my own inner feeling. My colors are sweeter and less violent, with richer & freer brushstrokes, which represent the moment while I paint.