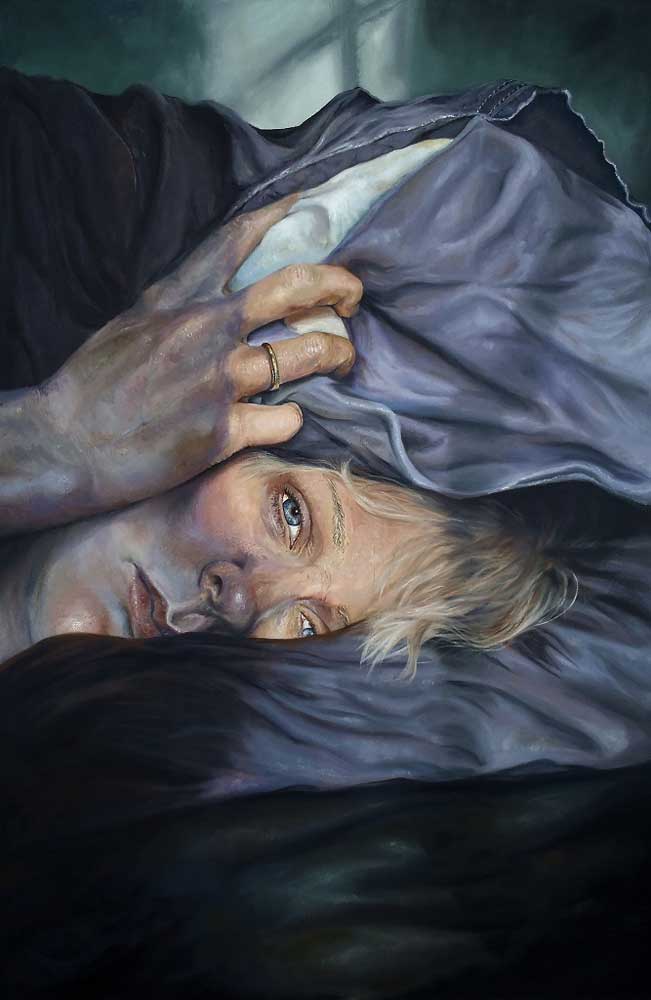 My interest is in how the viewable topography of my body interacts with any given environment. The symbiotic relationship between skin and the environment is often a subtle one, and I am not interested in exaggerating it, rather simply observing it. I suspect that the viewer may be responsive to the changes on a subconscious level—similar to the autopilot feature we take for granted, as our brain recognises and sorts others in our daily navigations through life, even while the viewer may not recognise what they are doing. Significant messages: a slightly sunburnt nose, the artificial light of an enclosed space reflecting off the skin, encouraging forth an alien tone and deepening shadows, or an awkward arc of hair suggesting a slight breeze, all translate to inferences that we may make pertaining to the environment in question. I particularly take pleasure in layering the map beneath the external skin of a portrait, allowing the thick application of the map to bulge forward, pulsing towards the thin outer skin as if it might break through. The word Infer is sometimes confused with imply, but the distinction is a useful one. To imply something proposes that it is conveyed or suggested without being stated outright. Inference, on the other hand, is the activity performed by a reader or interpreter in drawing conclusions that are not explicit in what is said. Imply activates the role of the artist; infer initiates the role of the viewer.