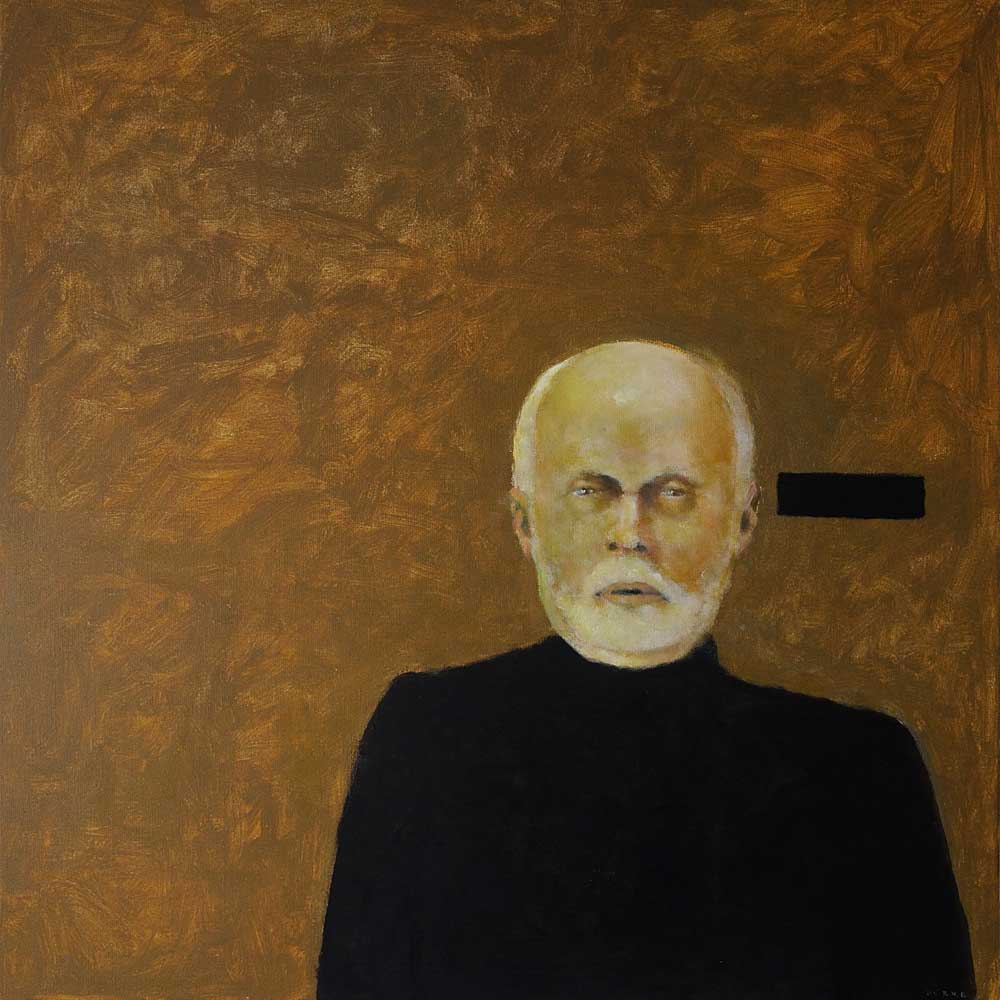 The eye black-out was a device which I employed in some 1990s works to signify the idea that there are no definitive answers given up by a painting. I’ve returned to this device in this instance because it has been my experience that some sitters are unnerved by the experience of “being painted”. They feel that their innermost self will be exposed to public examination; that the black out will be removed from the eyes. Not that Greer entertains any of these misgivings. I’m merely alluding to this more universal idea of the sitter unmasked.