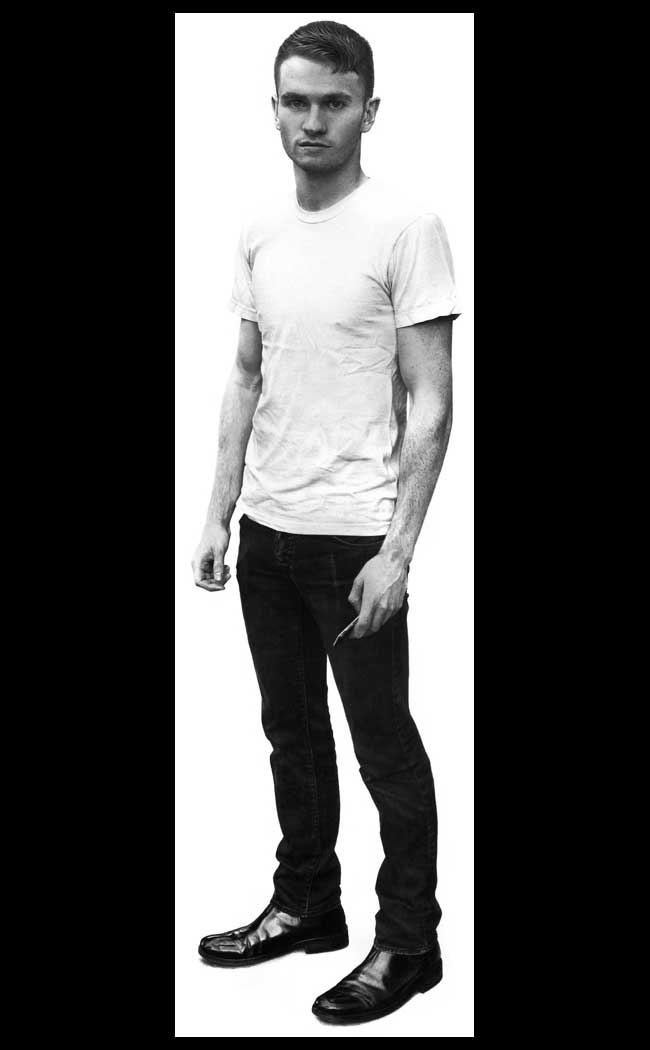 The submitted drawing of Michael was the last in a series of three portraits of him. After completion, a story unfolded through the three images showing a progression in the 20th year of a young man. They briefly convey his self discovery and change, from a state of confusion to a position of confidence and awareness. This image represents his final stage in this self discovery.

I have used photography as a base for my drawings since my early teens. While many contemporary artists generate digital images as a final product, I reverse this process by producing a physical analog image from the digital file. This process of manual reproduction assigns new significance to minute details; while the consequence of a knitted texture may be lost in a photograph, it gains new importance when rendered exactly by hand. These drawings express, for me, a more human experience than the initial photograph.