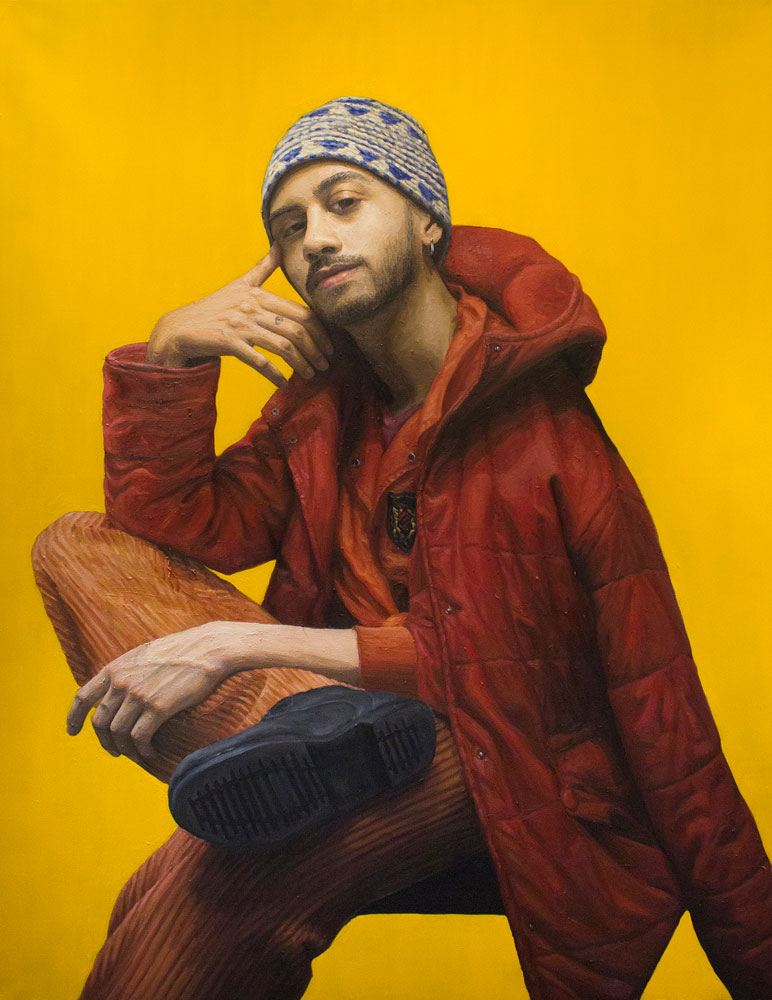 Born in Montreal, Cabba earned his BFA from Concordia University. He was then accepted into The Florence Academy of Art the following year where he attended briefly before opening his own studio in Italy. Armando’s work is held in private collections in the United States, Europe, and Canada. After a few years working independently in Italy, he’s moved to Paris where he currently continues to create.

Armando Cabba’s body of work primarily consists of the duality of portraiture and abstraction along with everything in between. Primarily known for his portraits, his subjects are figurative in nature yet are loaded with colour and echo the handling seen in his Brut series. Cabba’s intimate relationship with his subjects is exuded through subtle nuances combined alongside his attention to detail. Exploring technique and the one on one bond between artist and model through figurative representation has remained part of his practice since the start.

A portrait goes beyond capturing the physical appearance of the subject. The sitter’s identity and relationship with the painter become intertwined thus depicting an intimate reality on canvas. “Home” takes on a new meaning after living outside of Canada for so long. You begin to find that familiarity in people more than in settings. Max was one of the few individuals that gave the artist a feeling of comforting reminiscence. A living reminder of the love and values Cabba grew up with now presented back in front of him in Paris.