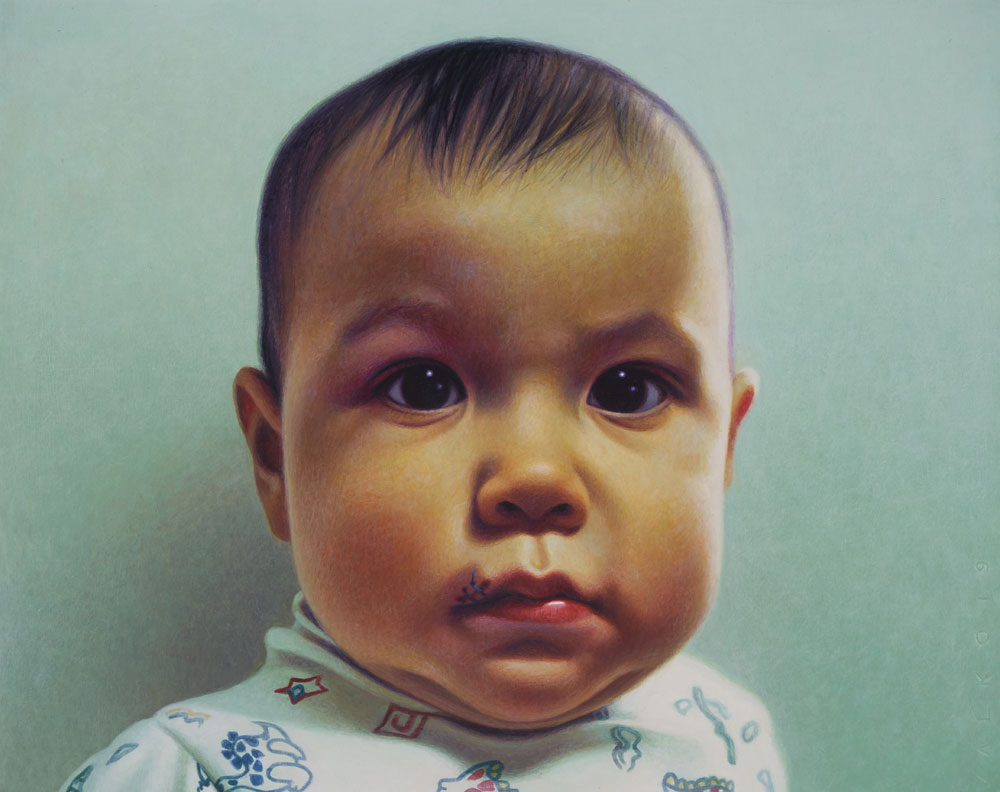 I am interested in creating paintings that are open-ended and multilayered. In most cases I don’t know what the story really is, I am just hoping to create philosophical framework for thinking. I try to give longevity to the work by creating episodes in ongoing, fragmentary narrative in which the viewer are obliged to read the suggestions, clues and hints and create their own story and interpretations.

I believe the portrait “KALVIN WITH STITCHES“ is a good example of this. At a first glance the viewer sees a painting of a cute baby, but after a closer look other possible stories present themselves. Are the stitches result of a innocent accident or is it something more sinister? Are those the eyes of innocence or are they the eyes of an infant that has realized that the world can also be cruel sometimes? These are some of my thoughts and intentions I had when I was painting this portrait.
I feel representational style of painting is the best way for me to realize and present my ideas. I also concentrate on supporting these ideas by considering the composition and the choice of colors.

PORTRAITURE play significant role in the artist’s personal work. He has also been commissioned by the Manitoba Government to paint the portraits of premier Gary Filmon and Gary Doer, the Speakers of the house Louise Dacquay, Deni Rocan, George Hicks, Daryl Reid and Chief Justice Richard Scott. Mayor Sam Katz was commissioned by City of Winnipeg and Chancellor Harvey Secter was commissioned by The University of Manitoba.