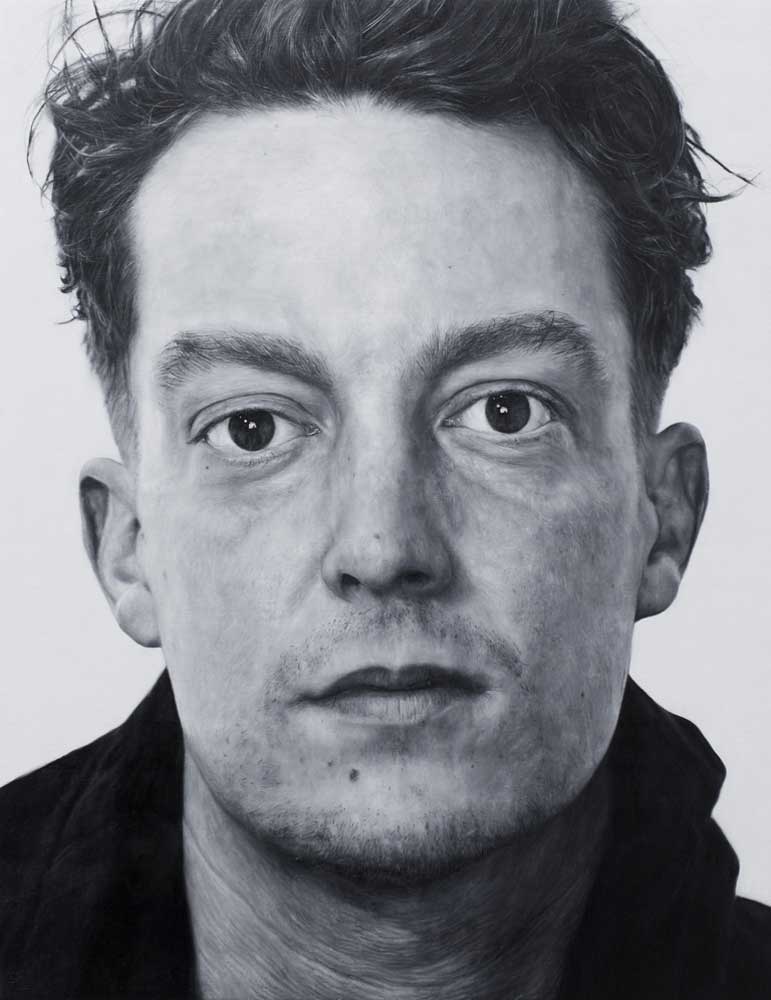 As part of my paintings for the series “Pitfalls and Withdrawals” I have just finished a portrait of my twin brother Jeff Bierk for consideration as part of the 2013 Kingston Prize. By transposing images onto canvas, Toronto based painter Alex Bierk deconstructs source material into abstraction as visceral reclamations of lived experience. He focuses on the connection between youth and the formation of identity and the disappearance and distortion of memory. Of paramount significance is Bierk’s sentient and continually evolving relationship with the past as it is referenced throughout his work. Bierk re-appropriates source material to explore the language and rhetoric of imagery as well as the layers of meaning, whether created, intended or accidental, in the source photographs. Working within the physical rigidity and premeditated nature of the grid process, the works become sites of evolving conflict and uncertainty. Ranging from images of his adolescence to landscape and portraiture, the works intertwine Bierk’s contemplations of dream, memory, nostalgia, longing and hallucination, while maintaining a sensibility and precision that spills into hyper-realism.