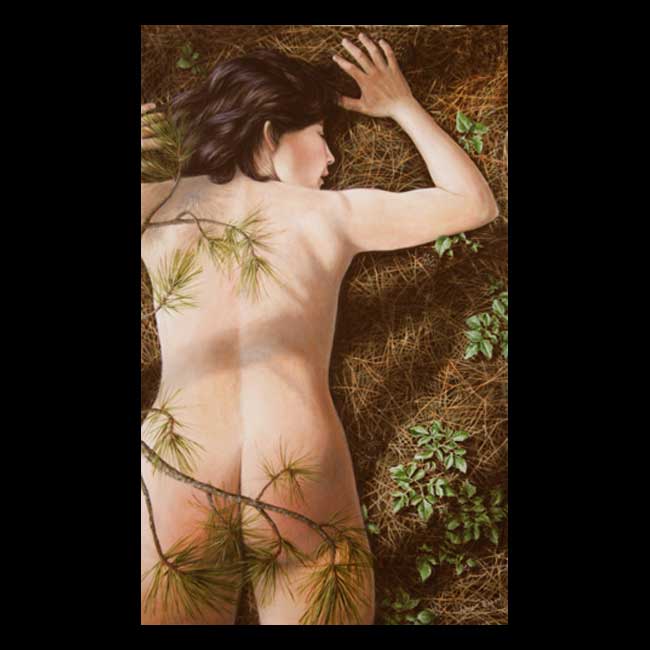 Late Afternoon – Pine Woods This portrait is part of a series I call ‘Embracing Landscapes’, which explores our physical, spiritual, and emotional connection to the earth. My model, Carolyn, a mother, writer, and friend, is a city woman who was not completely comfortable in a natural environment and was shy about posing nude outdoors. She therefore chose to lie facedown on the forest floor, under cover of pine boughs, with only her profile showing.